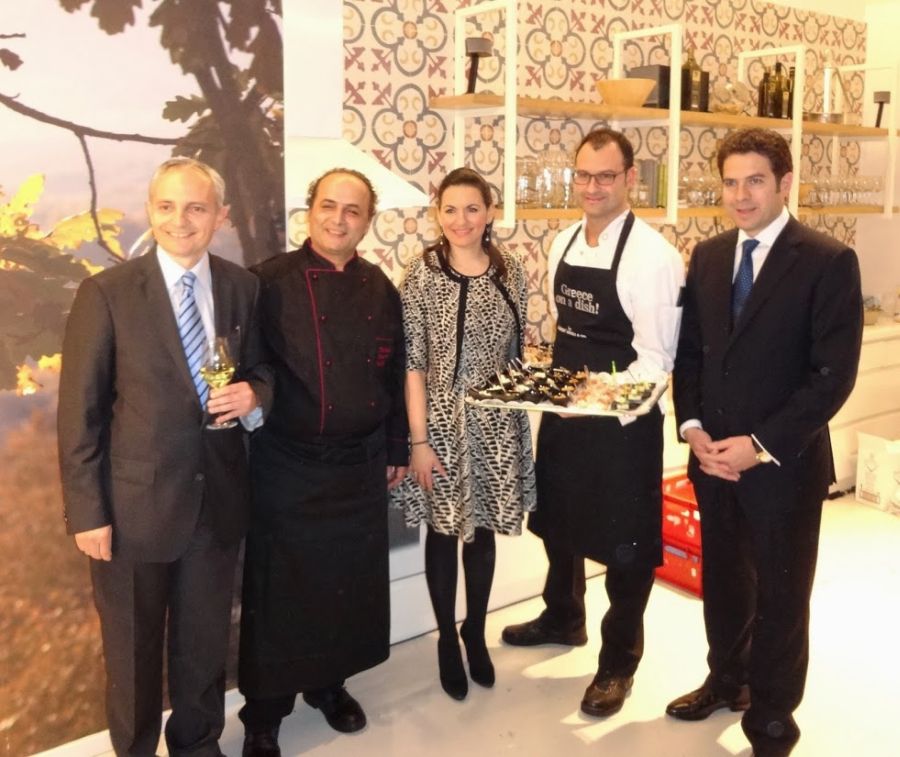 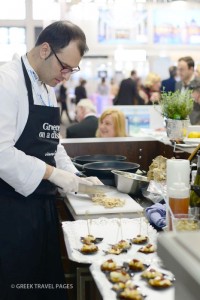 The culinary team of Aldemar Hotels Group is serving “Greece on a Dish,” straight from the stand of the Greek National Tourism Organization (GNTO) at the international tourism fair ITB in Berlin, Germany.

“Greece on a Dish” is an initiative of Aldemar that aims to highlight Greek cuisine in both Greece and abroad.

Following the successful promotion of Greek tourism’s culinary identity at London’s World Travel Market (November 2013) and the Vakantiebeurs fair in Utrecht, Netherlands (January 2014), “Greece on a dish” is now in Berlin giving visitors at the ITB exhibition a sample of what they can enjoy when they travel to Greece.

Greece on a Dish … on tour!

PARIS – On 12 March, the GNTO and “Greece on a Dish” will host a Greek gastronomy event for the French public.

BELGIUM – The “delicious” journey will continue in Belgium, where under the Greek Presidency and in cooperation with the GNTO, two events for the promotion of Greek cuisine and products will take place in Brussels (31 March-1 April and 4 April) and one event will take place in Antwerp on 3 April.