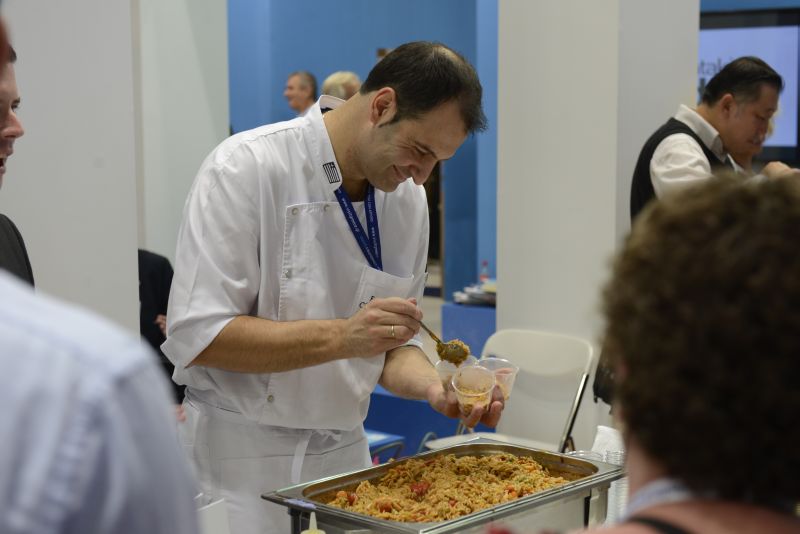 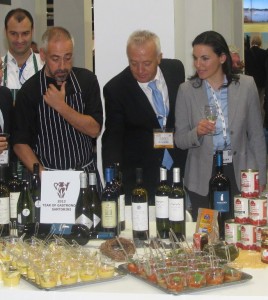 Santorini’s cuisine and local products were the center of attention at the Greek National Tourism Organization’s stand at the annual tourism trade fair World Travel Market (WTM) in London (4-7 November).

Aldemar’s group of chefs, under the initiative “Greece on a Dish” that aims to highlight Greek cuisine abroad, teamed up with Santorini-based chef Vassilis Zacharakis and created a menu that was “the talk of the town” at this year’s WTM.

Every day of the WTM, visitors and exhibitors had the opportunity to taste various dishes of Santorini.

2013 was declared as the “Year of Gastronomy in Santorini” by the Municipality of Thira and is promoting the island’s local gastronomy as a pole of attraction for tourists.