The ILTM ranks among the largest trade show events in France, dealing exclusively to the luxury travel industry.

The trade show operates as a “BY INVITATION ONLY” event. Strict qualification processes are in place for VIP Buyers, Press and Exhibitors alike. 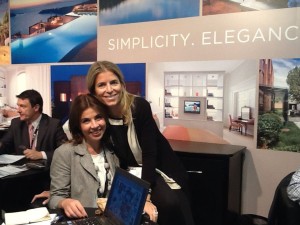 Bessy Kafhitsa from Grace Hotels and Stefania Flenga from Yes! Hotels at the ILTM 2013 in Cannes. 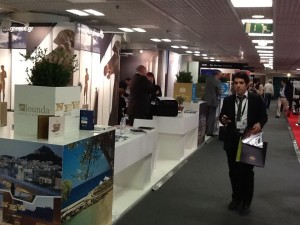 The stand of Athens-based New Hotel, a member of the Yes! Hotels chain, at ILTM 2013.

More than 1,200 leading travel service providers attend the fair on a regular basis from as many as 70 different countries.

A wide range of travel and accommodation options are exhibited at the show, including car rental services, hotel and resort facilities, skiing services and golf resorts. Eminent decision-makers are present at the show, together with researchers and tour organizers as well.

Greece is interested in developing luxury tourism as it can increase revenue from travel and extend the country’s tourism season.

Future plans of the government include attracting more high-income tourists by facilitating the creation of marinas, conference centers, spas and golf courses.