ITB World Travel Trends Report forecasts rise in travel to and from Europe. As expected, bookings by holidaymakers from southern Europe are down. However, the number of visitors to these countries has increased.

Despite various regions continuing to experience economic difficulties Europe’s tourism industry remains buoyant. This is one of the findings of the annual ITB World Travel Trends Report, conducted by IPK International and commissioned by the world’s leading travel trade show, whose figures confirmed rising travel numbers to and from Europe. The forecast for 2014 is equally very positive.

From January to August figures for outbound tourism grew by 2.5 percent, compared to 2012. Overnights increased by two percent. By contrast, the amount spent by tourists at holiday destinations rose by only one percent. Averaging 7.9, the number of overnights per trip fell by two percent. Putting this decline into perspective, however, was the fact that in recent years Europeans have tended to take more short breaks, combined with fewer long holidays.

A look at the respective travel industry segments reveals a three percent increase in holiday trips, while business travel decreased slightly. In the leisure travel market smaller segments, in particular winter breaks and trips to rural destinations, were increasingly popular, while major segments such as city breaks and beach holidays maintained their share of the market. As regards booking channels, as anticipated online reservations increased, growing by 12 percent, whereas traditional agency bookings made up only three percent.

Positive forecasts for next year

The forecasts for travel in 2014 are very positive. 38 percent of those polled, two percent more than in 2012, said the economic situation affected their holiday plans. Despite this 28 percent, the same figure as last year, said they intended to travel abroad more. Around 42 percent said they aimed to continue traveling as they did this year. Only nine percent (2012: 11 percent) said they would be traveling less abroad. Overall, the forecasts predict three to four percent growth in 2014. In this respect Russian travelers are expected to top the rankings. They are forecast to increase by 10 percent.

Britons also expressed their desire to travel. At three percent, growth in the German market will remain stable. 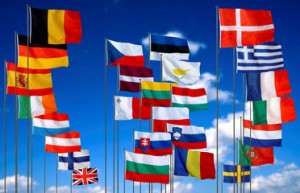 As regards arrivals in Europe the figures varied according to region. Overall, they were positive. Thus, the ITB World Travel Trends Report recorded around 396 million international arrivals during the first eight months of 2013, around 5.4 percent more than in 2012. The European Travel Commission (ETC) reported similar findings.

Among the European winners in this market were Iceland, Slovakia, Serbia and Latvia, which experienced double-digit growth. Russia, Asia and the USA were among those countries which contributed particularly to the high number of travelers from abroad.

ITB Berlin 2014 will take place from Wednesday to Sunday, 5 to 9 March.