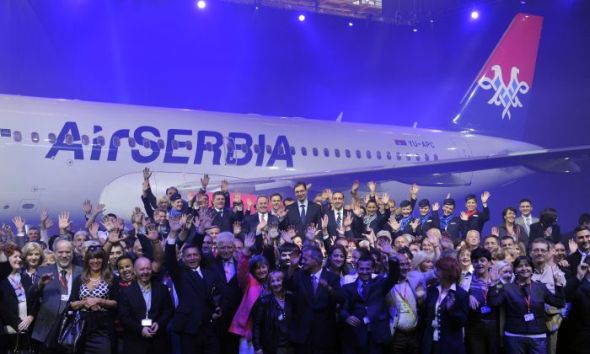 A new dawn broke for Serbia recently, as the country’s revitalized national airline took to the skies, with new aircraft, new routes and new partnerships setting Air Serbia on the way to its goal of becoming the region’s leading carrier. 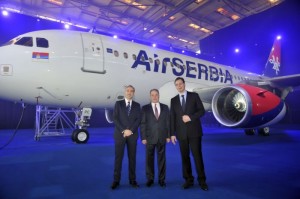 Air Serbia was officially launched by Deputy Prime Minister Aleksandar Vučić, at an event for senior Government figures and other VIPs, national and international media, and airline employees.

The carrier’s first Airbus A319, in the new Air Serbia livery of red, blue and white, and boasting the new logo bearing a stylized Serbian national coat of arms designed by Serbian student Tamara Maksimovic, was unveiled by DPM Vučić at a glittering ceremony at Belgrade Airport.

From 26 October Air Serbia launched a new route from its hub at Belgrade’s Nikola Tesla International Airport to Abu Dhabi in the United Arab Emirates, with routes to Banja Luka (Bosnia), Bucharest (Romania), Ljubljana (Slovenia) and Prague (Czech Republic) to be launched by the end of 2013. These new flights add to the 29 destinations previously served by the airline as part of its 2013 summer schedule.

Air Serbia also plans to launch another seven new routes between January and April 2014, in addition to rescheduling existing operations to optimize connections via its hub in Belgrade.  By June 2014, it will have doubled frequencies and capacity, to serve 43 destinations in 30 countries, with 73,000 seats on more than 670 flights a week. 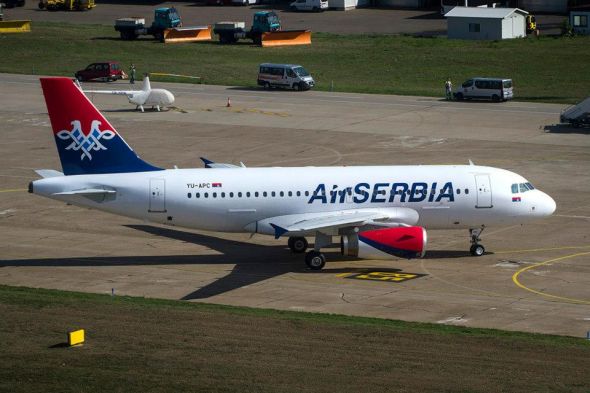 Eight Airbus A319 and two A320 aircraft have been leased, the first part of a two-phase fleet modernization strategy which will give Air Serbia one of the most modern and efficient fleets in the region. The first of these A319 aircraft, unveiled at the launch, has the new two-class configuration, with eight seats in Business Class and 120 in Economy.  Five more Airbus A319s will be in service within the next two months, with another four in 2014.