Lufthansa and Germanwings are marginally expanding their services in the forthcoming winter flight schedules. Their joint capacity will increase by 1.1 percent, a growth attributable to the deployment of larger aircraft.

In combination with its low-cost subsidiary Germanwings, this winter Lufthansa is offering 12,162 weekly flights to 211 destinations in 81 countries.

Of the total, Lufthansa is serving 199 destinations on its own, while Germanwings is counting services to 64 destinations in Europe, the Middle East and North Africa.

To Shanghai, Chicago and Mexico City with bigger aircraft 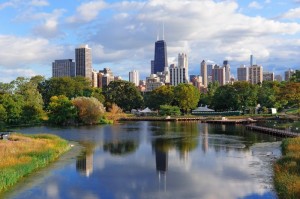 Lufthansa Airbus A380s and Boeing 747-8s will be deployed on further connections in the winter flight schedules. The A380 has already been flying five times a week from Frankfurt to Shanghai since the end of September.

Also since September, the B747-8 has been operating on the Frankfurt–Mexico City route. Flights from Frankfurt to Chicago will also launch.

In addition, services will be increased to daily flights on connections from Frankfurt to Philadelphia on the US East Coast and to Dammam in Saudi Arabia. Lufthansa will also fly its seasonal route in winter from Munich to Cape Town.

With Lufthansa to Sochi

When the Olympic flame is lit in Sochi for the opening of the 2014 Winter Olympics and Paralympics, Lufthansa will be flying fans and competitors to the Black Sea on a special connection set up for the winter games, five times weekly during 24 January-17 March 2014 on an Airbus A321.

Transfer to Germanwings in Hamburg and Berlin

More of the Lufthansa point-to-point flights in Europe will be transferred to Germanwings in the forthcoming timetable as the switch is continued in the winter schedules. Germanwings is taking over all Lufthansa connections in Europe which are not operated through the Frankfurt and Munich hubs.