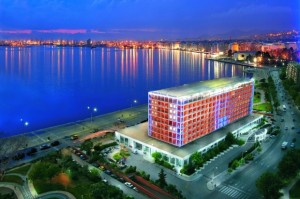 The consortium LLC Atlantis Pak, led by Greek-Russian Ivan Savvidis, will operate Greece’s renowned Makedonia Palace in Thessaloniki for the next 30 to 40 years. Mr. Savvidis is the majority shareholder in PAOK soccer club.

LLC Atlantis Pak had submitted the highest bid in the tender launched by owner IKA (Greece’s main social security fund) for the long-term lease of the luxury hotel.

The hotel’s yearly lease is set at 1,780,000 euros (148,330 euros per month). Partner to LLC Atlantis Pak is the Aldemar Hotels chain that will manage the hotel.

The contract for the long-term lease of Makedonia Palace is valid for the next 30 years, with possibility of extension of 10 years following negotiations and agreement between both sides.

It is reminded that since March, following a public tender for its short-term (12-month) lease, the hotel has been under the management of Mr. Savvidis’ company Black and White.

The Makedonia Palace, considered a landmark hotel in Thessaloniki, shut its doors on 31 December 2012. Until then it was managed by the Daskalantonakis Group.