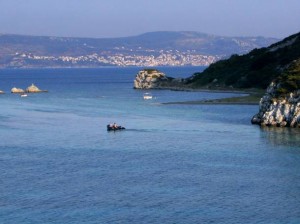 By the summer of 2014 the first two diving parks are expected to operate in Greece, according to a joint decision of the Ministers of culture and sport, Panos Panagiotopoulos, and Marine, Miltiadis Varvitsiotis, that was recently published in the Government Gazette.

The two diving parks will operate in the Municipality of Pylos-Nestoros of the Peloponnese Region and will be the first underwater archaeological sites available for visitation in Greece.

The establishment of the diving parks was initially announced by Greek Prime Minister Antonis Samaras in August 2012.

Both parks are located near Mr. Samaras’ hometown of Methoni, a village located on the south-west part of the Peloponnese peninsula, near the island of Sapienza, where famous ancient shipwrecks lie on the seafloor such as the shipwreck of Irene Serenade.

In 1978, just off Navarino Bay, the Greek tanker Irene Serenade loaded with a cargo of 102,660 tonnes of Iraqi crude oil and en route from Syria to Trieste exploded and sank. 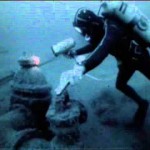 Archival Footage of the Irene Serenade shipwreck on the seafloor of Navarino bay. 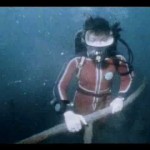 Archival Footage of the Irene Serenade shipwreck on the seafloor of Navarino bay.

To read the decision published in the government gazette (FEK), press here.

Colossus Of Rhodes To Rise Again?

Greece And Russia To Sign Framework Agreement On Tourism