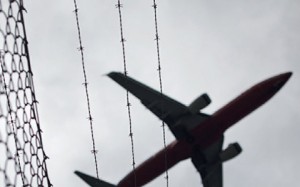 The Greek travel industry was stunned when rumors began to spread that Greece’s lenders, the Troika, have brought to the table the demand that sees the shut down of 22 regional airports. The proposal was allegedly suggested by an international consulting firm and forwarded to the Greek government via the Troika.

The Hellenic Republic Asset Development Fund (TAIPED) was quick to deny the rumors.

However, in an announcement, the Hellenic Association of Travel & Tourist Agencies (HATTA) stated that if there is any truth whatsoever to the rumors, the Greek government is required to immediately reject any such proposal.

“Greece does not need the services of special advisors who are intentionally oblivious to the social and tourism needs and any of the country’s development prospects,” the association said.

HATTA said that Greece should receive specific attention through European policies that are designed to support infrastructure that contribute to the development of the economy.

The association wonders if the so-called advisors desire to:
– destroy the Greek land?
– isolate the Greek islands from the mainland and the European tourism market?
– condemn dozens of tourism and non-tourism destinations ?

“Proposals to the Greek government should include development measures that aim to support the sectors of the national economy and especially Greek tourism that has the potential to decisively contribute services to step up Greece’s exit from the crisis,” HATTA said.

The association has called for the Greek Government’s official position on the matter.