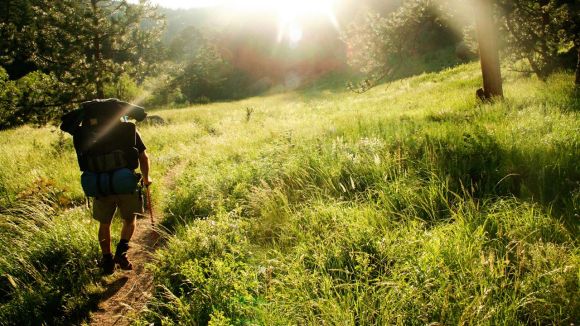 “Aristotle’s Walk,” the first of eight historically-based walks in the Chalkidiki peninsula, will be presented to the public on Monday 9 September by the Mount Athos Area Organization. 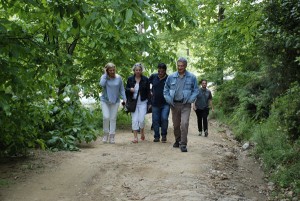 The trail of the great philosopher, which presents both historical and scientific interest, begins from the EU-recognized Natura 2000 network at Aristotle’s Grove and the Ottoman-era mines and concludes at ancient Stageira in Olympiada, the philosopher’s birthplace.

The trail is 22 kilometers and follows the shady paths of the Aristotelian Mountain and overlooks the sea, the Akanthian and Strymonic Gulfs.

Walkers will see the trees and plants Aristotle would have identified for his pupil Alexander the Great and will also be able to collect herbs.

According to the Mount Athos Area Organization, the trail will be presented and promoted to Greeks and international markets as an “environmental tour,” a “walking route” and a “historical walk.”

“Aristotle’s Walk” is the first route to be published in an English-language guide refering to the Mount Athos trails that will be presented to walkers by Helen Nelson, a representative of UK-based Ramblers Worldwide Holidays that specializes in global walking holidays and trekking holidays.

Ramblers Worldwide Holidays will include Chalkidiki among the global destinations it promotes to the international market.

“Aristotle’s Walk” will also be introduced at this year’s World Travel Market in London this November and other European fairs. 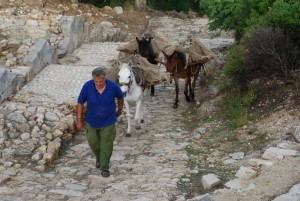 In 2014, the next seven trails in the Chalkidiki peninsula will be presented. The second route to be introduced will be “Xerxes Walk.”

The Mount Athos Area Organization is a tourism promotion group in northern Greece that consists of hotel and tourism owners located near Chalkidiki’s “third leg,” where the monastic community of Mount Athos begins.