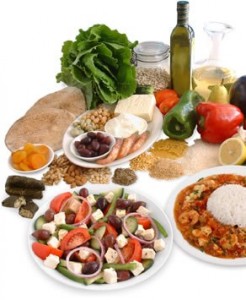 Greece ranked seventh on CNN’s top 10 list of countries that have the best food in the world.

“Traveling and eating in Greece feels like a glossy magazine spread come to life, but without the Photoshopping,” CNN said.

CNN continues: “Like the blue seas and white buildings, the kalamata olives, feta cheese, the colorful salads and roast meats are all postcard perfect by default.
The secret? Lashings of glistening olive oil. Gift of Gods, olive oil is arguably Greece’s greatest export, influencing the way people around the world think about food and nutritional health.
Eating in Greece is also a way of consuming history. A bite of dolma or a slurp of lentil soup gives a small taste of life in ancient Greece, when they were invented.”

Italy ranked first on the list of countries that have the best food in the world and is followed by China, France, Spain, Japan, India, Greece, Thailand, Mexico and the United States.

Titania To Hold 2nd “Made In Greece” Food Tasting Festival