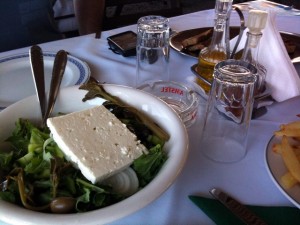 The VAT reduction on Greek food catering services (restaurants, hotel restaurants, cafeterias, etc.) is expected to come into force as of 1 August as the Greek Government and the country’s international lenders seem to be reaching an agreement on the issue.

An announcement on the matter is expected over the next few days. If an agreement is reached, the VAT on food catering services will be reduced from 23 percent to 13 percent.

According to reports, the measure will most likely be temporary and implemented for four to six months at first, until it becomes clear whether the VAT cut will show results or not. The effect of the measure will be monitored and if collected revenue is satisfying and consumption has risen then the reduced rate will become permanent.

The press said the Greek Finance Ministry will establish the measure permanently if it helps crack down on tax evasion and leads to price reductions on products for consumption.

The Greek government had increased the VAT charged on Greek food catering services by 77 percent (from 13 to 23 percent) in September 2011.

According to Greek tourism professionals, the VAT reduction on food services would be the best way for Greece to have a competitive product. The president of the Association of Greek Tourism Enterprises, Andreas Andreadis, recently said the VAT reduction would be a “very positive outcome for the tourism development of the country.”