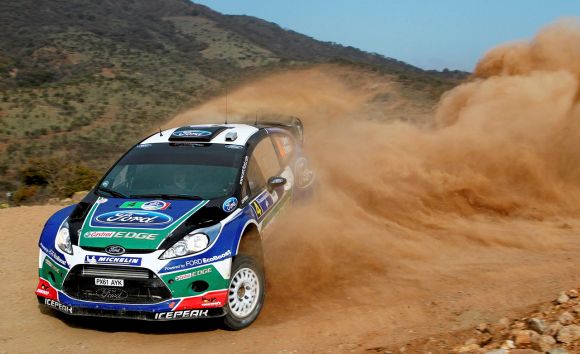 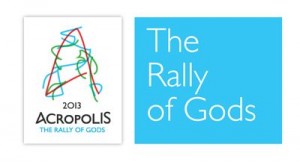 The Acropolis Rally 2013 “Rally of the Gods” -part of the World Rally Championship (WRC)- kicked off today, Friday, 31 May, and will run through 2 June.

This year’s Acropolis itinerary is changed considerably from the 2012 edition.

Following the Qualifying Stage over a 6.05-kilometre course on Friday morning (31 May) to decide the running order for day one, crews head east to the capital Athens and the famous Zappion for the ceremonial start. After that, the event proper begins with the marathon 47km Kineta-Pissa stage – the longest test of the rally – and then a late evening run of Kineta.

Saturday’s itinerary consists of eight stages over a demanding 12-hour period. With service during the day restricted to just one 30-minute halt in Loutraki, the challenge is further increased due to the limited amount of repair work that can be undertaken.

Sunday is a slightly more tame affair with just four stages. The event concludes with the repeat of the 30km Loutraki test, which is this year’s Acropolis Power Stage.

For the fourth year, Club Hotel Casino Loutraki is the grand sponsor of the event.

According to the hotel, the Acropolis Rally highlights Loutraki as a tourism destination and the direct economic benefits of hosting the event in the region are estimated at some six million euros.

Meanwhile, the benefits of the publicity Greece receives from the event are multiple.

Cyclists To Bare All In Upcoming Naked Bike Ride In Thessaloniki