Athens’ Trade Event Gets Thumbs Up From Greek Professionals 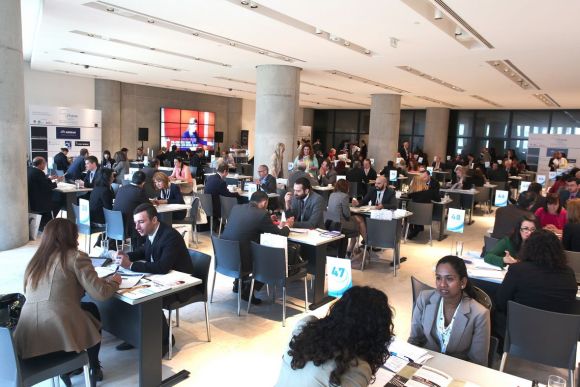 For two days, Greek tourism professionals presented and promoted their services and products to over 60 hosted buyers from markets that included the UK, Germany, Switzerland, The Netherlands, Spain, Portugal, Lithuania, Israel, Japan and India and explored ways to launch new cooperations at the Travel Trade Athens event that wrapped up last week.

The trade event was held at the Acropolis Museum (22-23 April) and aimed to establish Athens as a major destination for foreign visitors rather than just a stopover, short-stay destination, before or after travel to other Greek destinations as it is today.

During the trade event, held under the organization of the Athens Development and Destination Management Agency with the cooperation of the European Tour Operators Association (ETOA), some 1,400 B2B meetings took place between the foreign hosted buyers and representatives of tourist business in Athens.

Travel Trade Athens 2013 was branded a success and many sponsors of the event expressed their support for initiatives that benefit Greek tourism.

“We want to reassert the timeless quality of the city as a prestigious tourism destination.” – Marios Trivizas, President of the General Panhellenic Federation of Tourism Enterprises (GEPOET)
“The tourism entrepreneurs and workers, the region’s robust infrastructure and the willingness to cooperate and provide integrated tourism solutions are at the disposal of our foreign partners more than ever. Athens is an unlimited source of experiences for the foreign visitor and what remains is for you to discover the city… We invite you to strengthen our relations by visiting us again.”

“We embraced the initiative of organizing the Travel Trade Athens 2013 from day 1.” – Giorgos Telonis, President of the Hellenic Association of Travel & Tourist Agencies (HATTA)
“We believe that Attica has much to offer our country’s tourism and we know that visitors from around the world have much to discover in Athens and the surrounding area. We can confirm through our experience and knowledge that the travel agencies-the producer and the distribution network of our tourist product can guarantee the best services.”

“Aegean passionately supports any action designed to promote the benefits of Athens as a tourism destination.” – Dimitris Gerogiannis, Managing Director of Aegean Airlines
“Aegean, a proud representative of the positive image of the country abroad, actively supports initiatives to promote tourism, attract conferences and develop Athens as a city break destination… Travel Trade Athens is a joint initiative to promote Athens as a hospitable and competitive destination that fulfils all requirements and demands of the international market – an initiative we support with great satisfaction.”

“Travel Trade Athens offers the local market a rare opportunity to present its services and meet with professionals from the international market.” – Athens International Airport “Eleftherios Venizelos”
“Athens is a city that combines the old with the new while its major infrastructure projects have made it an exciting destination of international scope. We deeply believe in the promotion of Athens as an international destination and will make every effort possible to support further steps in this direction.” 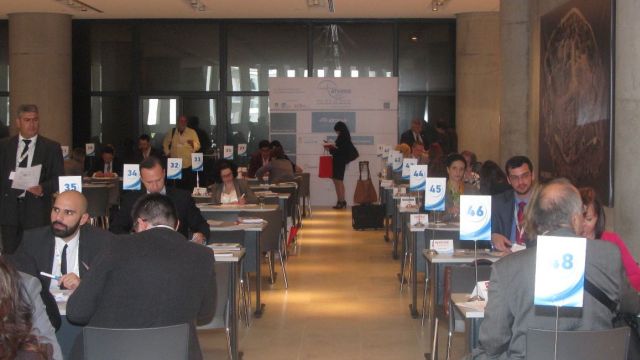 According to Athens Mayor Giorgos Kaminis, Travel Trade Athens will be established as an annual event in the Greek capital and already preparations are being made for the next event in 2014.

“If you want to bring more visitors to Athens then events such as Travel Trade Athens is what you should do,” the chief executive of the European Tour Operators Association (ETOA), Tom Jenkins, said.

Mr. Jenkins said that among European cities, Athens is unique. “It has been a popular destination during the last three millennia and we were glad for the opportunity to promote this destination,” he said.

Travel Trade Athens was held under the auspices of the Greek Tourism Ministry and supported by major Greek travel associations and member companies of the Athens Convention Bureau.

GTP was among the main media sponsors of the event.

From Russia With Love: One Million Russian Tourists Expected In Greece This year