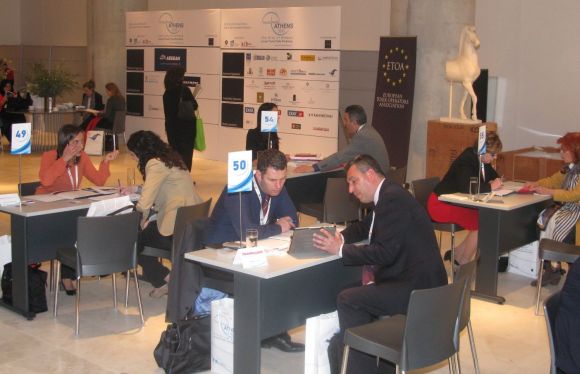 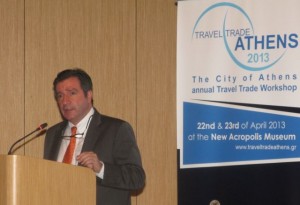 “We aim for Travel Trade Athens to reintroduce the Greek capital as an independent travel destination,” Athens Mayor Giorgos Kaminis said on Tuesday, 23 April, during a press conference held within the framework of the two-day event Travel Trade Athens 2013 at the Acropolis Museum.

The event, which aims to restore the city’s image in the international market and strengthen its popularity as a travel destination, kicked off yesterday with pre-scheduled B2B meetings between 100 Greek tourism professionals and suppliers and over 60 international hosted buyers. The trade event wraps up tonight.

According to the Mayor Kaminis, some 1,400 face to face meetings took place between Greek professionals and hosted buyers from abroad, which is a “very important step.”

Through the trade event, local Greek businessmen had the chance to showcase their services and products and discuss cooperation possibilities with the hosted buyers.

Mayor Kaminis said Travel Trade Athens will be conducted on an annual basis as such actions are necessary to promote the tourism product of Athens. 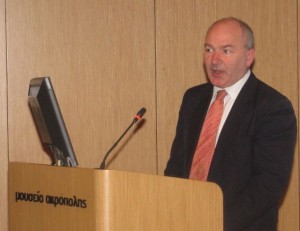 On his part, the chief executive of the European Tour Operators Association (ETOA), Tom Jenkins, applauded the trade event’s concept and underlined the importance of promoting a destination to professionals.

“If you want to generate visitors, you must invite professionals and show them how good you are and introduce them to your businesses,” he said.

Travel Trade Athens 2013 is organized by the Athens Development and Destination Management Agency with the cooperation of ETOA.

Crossroads of Europe 2013 Fair To Launch In May