Inexpensive Greek Shopping Center To Launch This Fall In Athens

A new and inexpensive shopping center, where Greek producers will sell their products straight to consumers, will launch this coming September in Athens, Greece.

“This is a need of both farmers and consumers. Greeks are in need of low-priced inexpensive products and the small producers are unable to stand alone in the market,” the owner of Greek Foodosophy, Yiorgos Kouvelis, said during a recent presentation of the venture in Athens.

Products on sale at the shopping center will include pasta, cold cuts, olive oil, spoon sweets, jams, honey and nuts.

“It will resemble a large supermarket and will be open daily in accordance to store hours,” Mr. Kouvelis said. 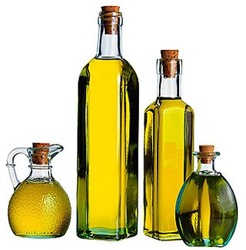 The shopping center will be located on Lenorman Street in the Kolonos district in Athens and cover an area of 3,000 square meters. The price to rent a space in the shopping center is set for 700 euros per month.

The goal is to attract 200 producers to sell their products directly from the Greek Foodosophy shopping center. Already 40 Greek producers have signed up.

The shopping center will also provide two restaurants, a room for seminars and a space where meetings can be held between producers and representatives of export companies.

* Potato Movement: Due to the country’s economic instability, Greek agricultural workers began selling thousands of pounds of potatoes and other agricultural produce out of their trucks directly to consumers. The movement quickly spread across the country.