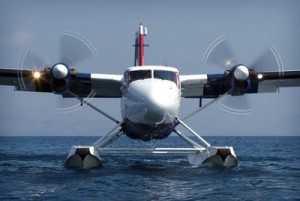 Waterway investments may finally begin to proceed in Greece and seaplanes allowed to operate in Greek waters without hassle as specific rules for their licensing and operation are included in a bill that was recently approved by the Greek Parliament.

In regards to the untapped market of seaplanes, the Ministry of Development now expects great interest from private investors.

What went wrong the last time?

The previous lack of institutional framework for the seaplane market had been the reason companies such as Air Sea Lines and Argo Airways had called it quits and ceased operations in Greece.

The legislative framework for seaplanes in Greece had been pending for almost 10 years due to delays in the creation of a main waterway to operate as a central base in Attica via the process of Public Private Partnerships (SDIT). Due to the delay, it was said that any private investment plans could not proceed.

This alternative mode of transport is considered necessary for access to remote Greek islands and for the strengthening of the transport of Greece’s border areas.

Small Greek Hotels To Be Excused From OAEE Contributions