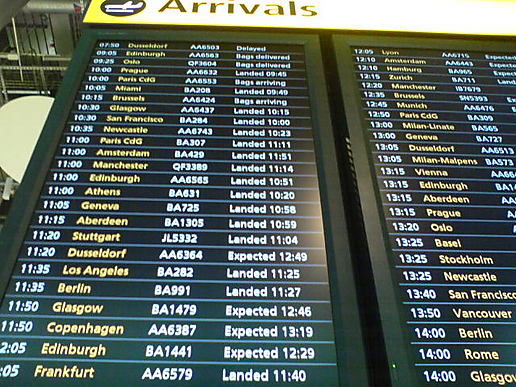 International and domestic tourism arrivals at Greek airports were down by one million in 2012, according to recent data released by the Civil Aviation Authority.

In particular, international arrivals to Greece dropped by 4.1 percent to 13.2 million year-on-year, while the amount of Greeks traveling within their own country decreased by seven percent to 5.2 million arrivals.

The Civil Aviation Authority said Greece saw arrivals pick up from the UK, Russia and Turkey, while a drop was recorded in arrivals from Germany, France and Italy.

Early bookings to Greece for the 2013 tourism season are said to be on the up and according to tourism professionals, this rising trend may lead to arrivals surpassing 17 million.

However, the “collapse” of Greece’s domestic tourism is expected to continue due to the economic crisis.

The president of the Hellenic Federation of Hoteliers, Yiannis Retsos, recently said that although international arrivals to Greece increased by 2.48 percent during the 2009-2012 period, domestic arrivals have plunged some 23 percent.

This “collapse” in domestic tourism has led hotel revenue to decline by some 23 percent in destinations that depend mainly on Greek tourists.