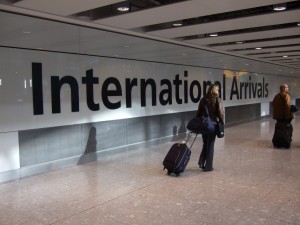 International tourism arrivals to Greece dropped 5.2 percent during the first nine months of 2012, according to figures released recently by the Hellenic Statistical Authority (ELSTAT).

During that period, arrivals from European Union member countries were down 8.3 percent.

Greece saw a significant reduction of tourists from Poland, France, Belgium, Germany, Bulgaria, Italy and The Netherlands, while there was an increase in arrivals from the UK and Russia.

Despite fewer German arrivals during the January-September 2012 period, German tourists were at the top of the list of visitors (13.1 percent). They are followed by arrivals from the UK (12.6 percent) and France (6.6 percent).

From other continents, a significant decrease in arrivals was recorded by American tourists while an increase was noticed in arrivals from Asia.

ELSTAT also included data on the means of transportation and entry points and noted that most arrivals were by air. The airport with the most traffic during the first nine months of 2012 was Athens Airport (15.9 percent), followed by the airports in Heraklion, Crete (13.8 percent) and Rhodes (10.7 percent).