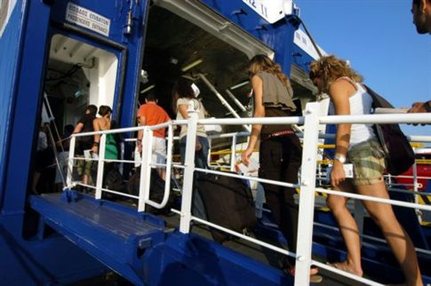 Greek coastal shipping companies are up in arms as passenger and freight traffic continued to drop last year since 2009 on all domestic and international routes servicing the Aegean Sea and Adriatic Sea, according to the Hellenic Chambers Transport Association.

Recently released figures showed that during the 2009-2012 period, Greek ferry companies lost some 2.5 million passengers, 445,000 vehicles and 140,000 trucks on the routes of the Aegean and the Adriatic Sea.

In regards to last year specifically, passenger traffic on routes from Piraeus across the Aegean (excluding the Argosaronic) dropped by 13.10 percent in comparison with 2011. When compared to 2009 (the first year of the crisis), the decline reached 22.5 percent.

The association has demanded for initiatives to be taken by the Greek Government and the European Union to protect the coastal shipping sector.