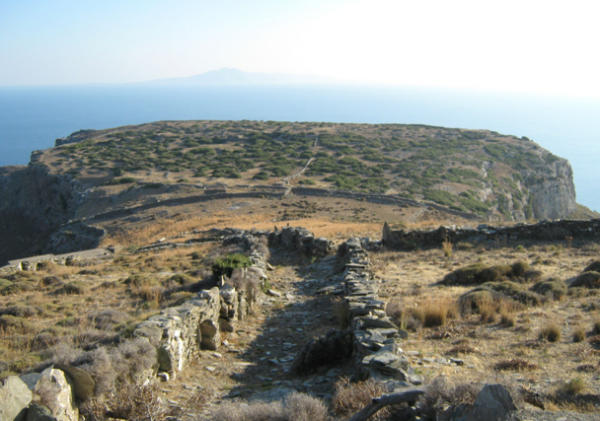 In Zagora, a rocky promontory on the Greek island of Andros, lies the most extensively preserved settlement in the Aegean dating between the 10th and 8th centuries BC, the very period that saw the dawn of the ancient Greek world.

The inhabitants abandoned the settlement around 700 BC never to return, thus leaving behind a ghost town with buildings as they had been lived in and numerous objects of everyday life, which, untouched by succeeding newcomers and ruined by time, remained buried in the ground for thousands of years. By bringing them to light, archaeologists revealed one of the most important urban settlements of the era preceding the Greek city-states of the classical period.

Zagora was originally excavated from the 1960’s to the mid-1970’s by Professor Alexander Cambitoglou, who led what was the first Australian archaeological expedition to Greece under the auspices of the Athens Archaeological Society.

In about a week -from 17 October to 27 November 2012- and 40 years after the original Zagora excavations, an Australian archaeological team will set off to reopen the excavations on the site, marking the beginning of a new era in the archaeological exploration of the island. The new project of the University of Sydney and the Australian Archaeological Institute at Athens will be carried out by a joint research team of the Sydney Powerhouse Museum, the Archaeological Society at Athens and the Institute for Mediterranean Research (Crete). Up-to-date scientific methods will be employed in the field to broaden our knowledge of ancient Zagora that marks a key step in the long route to discover Early Iron Age Greece.