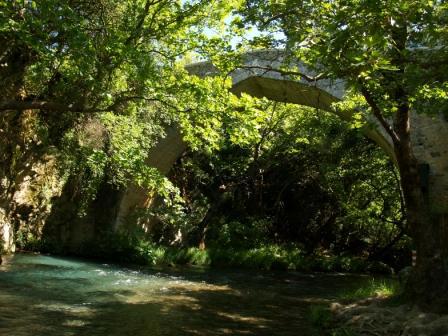 Dimitsana: new destination for the Geo Routes cultural expeditions, under the auspices of the HNC UNESCO.

Dimitsana that recently joined the network of Geo Routes cultural expeditions has extended a warm welcome to a significant number of members from the Association of Chief Executive Officers in Greece.

The beauty of Dimitsana which is preserved traditional settlement, its cultural heritage interests, the local people etc. served as a catalyst for participants who expressed interest in further support to the promotion of the place.

Visitors were welcomed by

Mr. John Balakakis, founder of Geo Routes in close collaboration with the Mayor works for further strengthening the cultural identity of the destination.

Geo Routes new program in Dimitsana will last 3 days and will include the Library, the Open-air Water Power Museum, a 4hrs trekking experience to the Monasteries, Lousios River and Ancient Gortys, Dimitsana’s oral history, as well as special culinary feelings.