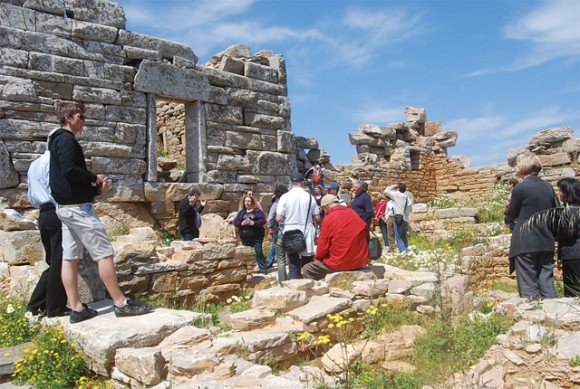 During Yperia 2011, guests visited sites of Amorgos that included the Panagia Hozoviotissa Monastery, Chora and the UNESCO nominated stone walls of Asfodilitis.

Nearly 60 participants from different countries attended the ninth international conference of culture and tourism Yperia 2011 on Amorgos recently and took part in a four-day program filled with excursions, presentations, film projections and discussions.

The conference, held 27 April-2 May, was hosted by Aegialis Hotel and Spa on Amorgos and organized by the Women’s Cultural Association of Tholaria.