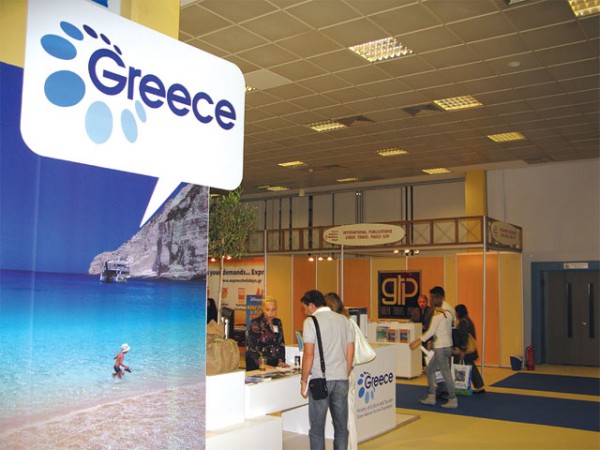 Athens citizens had the opportunity to better plan their summer vacation among a vast variety of top Greek destinations last month at the 5th Summer Holidays Expo international fair held at the Helexpo Palace exhibition center in Marousi, Athens.

The fair, held every year right before the summer season to promote the Greek tourism product to the domestic market, was held for the first time in the Greek capital after four consecutive annual events in Thessaloniki.

According to Helexpo President Paris Mavridis, the change of location for the Summer Holidays Expo aimed to approach a much larger market and maximize possibilities and results for exhibitors.

He added that the purpose of switching cities was to attract more trade visitors and of course those who want to plan early for their summer holidays.

“Our main concern is to give exhibitors the opportunity to have the best results in terms of traffic and the expansion of their turnover during this year’s summer season,” he said.

At the fair, visitors had the opportunity to take advantage of special offers and make early holiday bookings on the spot among the destinations of Chalkidiki, Ouranoupolis (Mount Athos), Corinthia, Poros, the Peloponnese, the Northern Aegean Islands, the Cyclades Islands and the Region of Central Macedonia. Foreign participations at the fair included those of Tunisia and Cyprus. 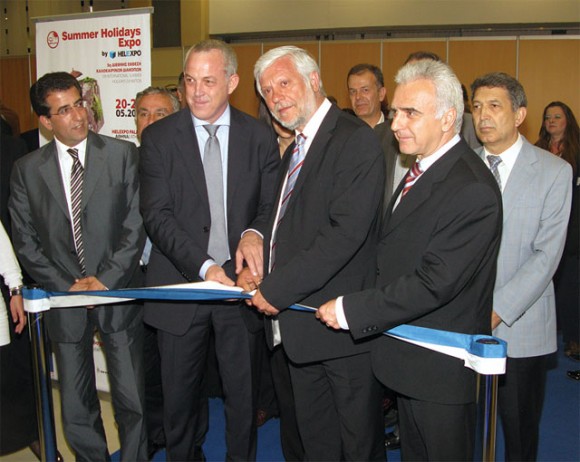 GNTO Secretary General Yiorgos Koletsos, Governor of Peloponese District Petros Tatoulis and Helexpo President Paris Mavridis during the official inaugural ceremony of the 5th Summer Holidays Expo at the Helexpo Palace in Marousi, Athens. The international fair, which promoted the slogan “The summer starts here!” took place on 20-22 May and had a two-euro entrance ticket. The ticket functioned as a raffle ticket for holidays, hotel stays, and airline/ferry tickets.

Also, the newly created (through the Kallikratis scheme) Greek regions and municipalities had the opportunity to introduce their destinations to Athenians.

Sideline events at the fair included a workshop hosted by the Peloponnese prefecture during which travel agencies held meetings with regional hotels.

Also, Helexpo, in cooperation with the fair’s major sponsor Respond on Demand and the Greek National Tourism Organization in Austria, hosted a group of Hungarian travel journalists during the days of the fair and gave them a tour of the Greek capital.

Summer Holidays Expo was held under the auspices of the Culture and Tourism Ministry.

GTP was among the main communication sponsors of the international fair. 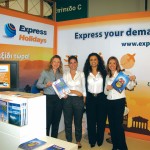 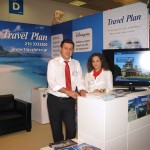 Travel Plan recently celebrated its 30-year anniversary. “These have been 30 years filled with happy smiles from thousands of satisfied travelers, happy images and a true love for travel,” according to Travel Plan. Pictured at the company’s stand are travel consultants Yiorgos Zannias and Aggeliki Tagari. 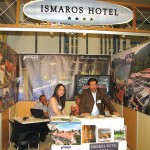 Ntina Zoi, public relation’s manager at Ismaros Hotel, welcomed visitors at the hotel’s stand. The four-star hotel is located on the beach of Platanitis in the region of Maronia, Rhodopi, and offers a breathtaking view to the endless blue. The rooms of the hotel have been recently renovated and a completely new block has been added with nine first level rooms. 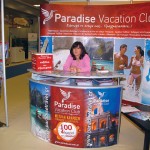 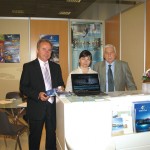 Xenotel Group Hotels had one of the busiest stands at Summer Expo and informed visitors on their three seaside resorts in Attica, one city hotel in Athens, one seasonal hotel in Crete and one seaside care home in Attica. Pictured are Tasos Tsakiridis (Mare Nostrum General Manager), Voula Ioannidou (Golden Coast Front Office Manager) and Dimitris Finitsis (Aquamarina General Manager). 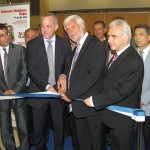 GNTO Secretary General Yiorgos Koletsos, Governor of Peloponese District Petros Tatoulis and Helexpo President Paris Mavridis during the official inaugural ceremony of the 5th Summer Holidays Expo at the Helexpo Palace in Marousi, Athens. The international fair, which promoted the slogan “The summer starts here!” took place on 20-22 May and had a two-euro entrance ticket. The ticket functioned as a raffle ticket for holidays, hotel stays, and airline/ferry tickets. 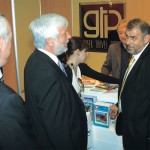 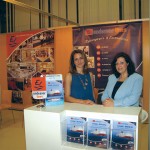 Endeavor Lines’ Tatiana Kontoperaki and Emmy Pothitou informed visitors on this season’s special offers for the Brindisi to Greece route that included discounts for early bookings (20 percent), children (50 percent) and passengers over 60 years (10 percent). Endeavor Lines is working towards strengthening its presence on the Brindisi to Greece route and will add the new Princess T to their fleet within 2011. 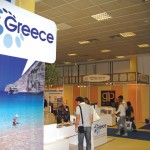