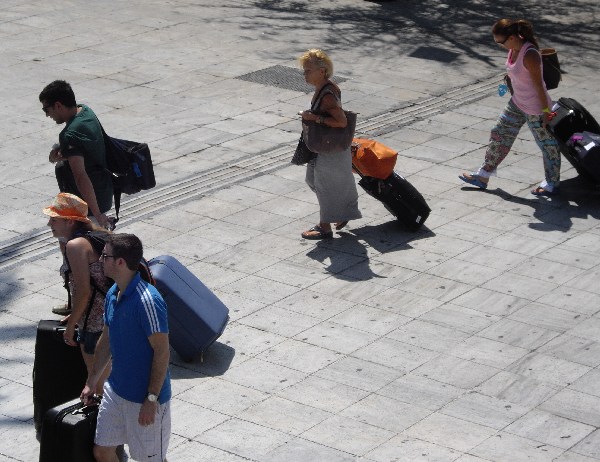 According to the Foundation for Economic and Industrial Research (IOBE), for every 1,000 euros in tourism expenditure, the country’s GDP increases by 2,220 euros.

The overall effect on the Greek economy from tourism spending in the country by both Greek and foreign visitors and tourism investment was estimated at 34.4 billion euros or 15.1 percent of GDP in 2010, a recent study released by the Foundation for Economic and Industrial Research (IOBE) said. Some 15.2 billion euros of that tourism spending came directly from the country’s tourism development.

The study entitled “The Impact of Tourism on the Greek economy” focused on the tourism sector’s important contribution to Greece’s domestic output and employment.

The foundation estimated that for every 1,000 euros in tourism expenditure, the country’s GDP increases by 2,220 euros.

According to IOBE, if Greece achieves the target of 20 million international arrivals to the country it would result to at least 12.8 billion euros of tourism revenue from abroad, while in terms of the overall impact on GDP it would mean an additional seven billion euros compared to 2010 (an additional three percent of GDP).

In terms of employment, direct and indirect tourism employment in Greece is estimated at some 446,000 employees while a total of 741,000 jobs (or 16 percent of the country’s total employment sector) are supported by Greece’s tourism development.