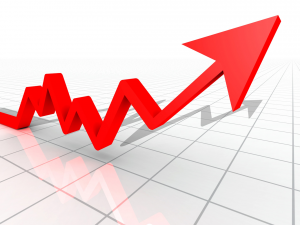 “This year started poorly for all hotels and destinations in Greece, but after the elections of 17 June we had an obvious improvement in the rate of incoming bookings,” the president of the Hellenic Chamber of Hotels, Yiorgos Tsakiris, told GTP last month.

Greece’s “perception problems” that caused a freeze and cancellation of bookings during the two-month (May and June) political turmoil may seem long gone now, as losses have been limited, according to data released by the Association of Greek Tourism Enterprises.

Tourism professionals suggested that due to these latest—somewhat encouraging—figures, this year would close with a five percent decline in international arrivals compared to 2011. Initial forecasts had referred to a double-digit decline.

“Despite the fact that 2012 was a very bad year for Greek tourism, my opinion is that the year will close with 16 million foreign tourist arrivals,” the president of the Hellenic Association of Travel and Tourist Agencies (HATTA), Yiorgos Telonis, told GTP.

He stressed tourism revenue would “definitely be less than last year,” but that eventually a reduced amount would be recorded than the expected drop.

“These figures are satisfactory considering the adversity we faced during the year,” Mr. Telonis said.

The 2012 tourism season had been reduced “dangerously” as it was limited this year from 10 July to 30 August even in popular destinations. In some Greek destinations, hotels began to welcome guests as late as 15 July.

According to press reports, the image of Greek tourism this year could be narrowed down to “fewer tourists, fewer overnights and less revenue.”

Tourism professionals mentioned that revenue for the 2012 tourism season is expected to drop at least by 10 percent while hotel revenue is expected to decline some 15-20 percent.

“The flow of bookings did return to normal and is on a pretty good pace… but if we refer to hotel revenue, the picture is less favorable,” Yiannis Retsos, president of the Hellenic Federation of Hoteliers, told GTP.

“The large price reductions on one side and the collapse of the domestic market on the other, keep hotels operating in the red,” he stressed.

In regards to the average occupancy of Greek hotels, it was said that they did not exceed 75 percent even during the 15 August period, a public holiday in Greece.

Press reports reminded that the low occupancy was due to a some 50 percent drop in domestic tourism compared to last year.

The hotel chamber’s president echoed this. Mr. Tsakiris told GTP that the significant reduction in domestic tourism caused accommodation units of less than three-stars to lose a large portion of their clientele especially in areas that were not receptors of incoming tourism.

2013 Predictions: What Will Happen Next Year?
“In conclusion, it appears that losses are limited and that the initial target of 16 million (international) arrivals and 10 billion euros in tourism revenue is achievable and this reveals the strength of Greek tourism,” Mr. Retsos said.

He added that this season’s results has created “room to breath” for next year provided that no other unpleasant situations would take place in the near future and the government would implement its commitments with the Tourism Ministry in the lead.

HATTA’s president, Mr. Telonis seemed even more optimistic as he believes that if necessary interventions are implemented immediately, “the year 2013 will be a surprise, with soaring arrivals at 19-20 million tourists” that will raise revenue for both the State and Greek enterprises.