Occupancy and revenue for hotels in Athens dropped in July and August, following the disappointing results of the first half of the year, according to the latest data (European Benchmark) released today, Tuesday, 2 October, by the Athens-Attica Hotel Association in collaboration with GBR Consulting.

According to the data, this past July (Table 1) the average occupancy rate dropped by 17.9 percent, the average price per room by 6.6 percent and revenue per available room by 23.4 percent at two-, three-, four- and five-star hotels in the Greek capital, compared to July 2011. 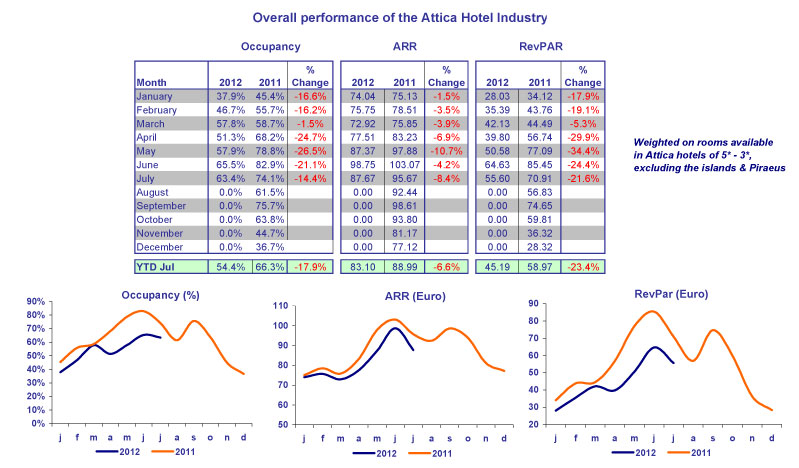 A similar situation continued in August (Table 2) as the average occupancy rate declined by 16.9 percent, the average price per room by 6.5 percent and revenue per available room by 22.3 percent, compared to the same month last year. 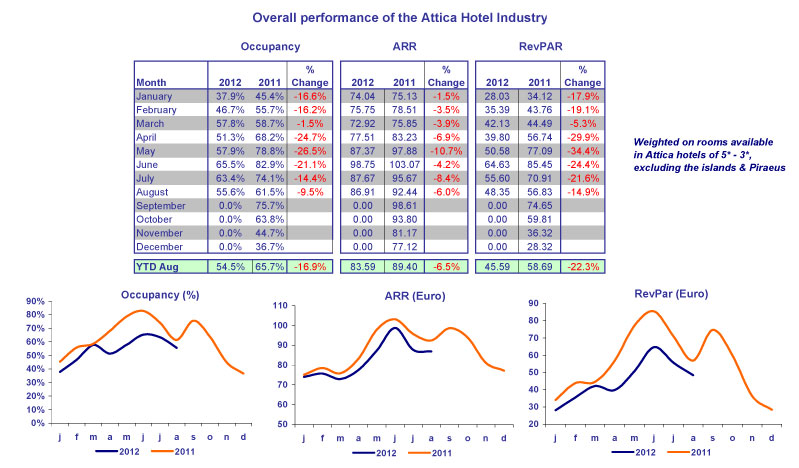 The association also compared the results of this year’s first eight months with the same period of 2008 (considered the last good year for hotels in Athens) and noted that the figures on hotel occupancy, prices and revenue “have remained on a negative level for the past four years” (Table 3). 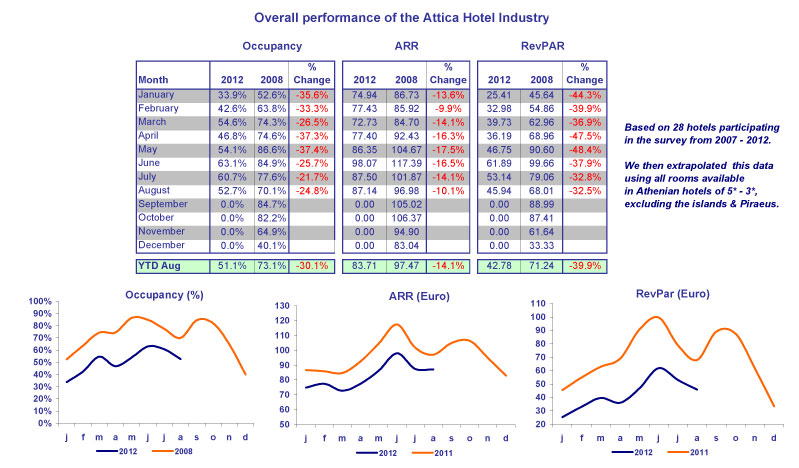 The association warned the situation would worsen in the winter as more and more hotel units in the Greek capital plan to suspend their operations due to reduced demand and high operating costs.

The city hoteliers said the situation of the Greek capital “has reached a dead end” and called for the required political decisions to be taken immediately for the revival of Athens’ tourism.

Also, the association underlined that the Libyan government still has not paid the 13 Athenian hotels for hosting Libyan rebel fighters. Hoteliers in the Greek capital are owed some 16 million euros. (It is reminded that during the recent civil war in Libya -February to October 2011- Greek private hospitals and hotels organized a short duration hospitalization and hosting program for the injured.)