Through Greek breakfast, the Hellenic Chamber of Hotels aims to highlight the local culture, ingredients and recipes of each Greek region and give tourists the chance to take “a little bit of Greece home with them.” Considering that breakfast is widely regarded as one of the most important meals of the day, the chamber is certain foreign visitors will value Greek hoteliers that use local products and suppliers. 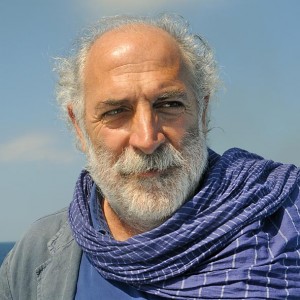 “Greek hoteliers that will join this effort will feel they have contributed to an additional diverse national hotel product for the sake of tourism and simultaneously to a further understanding of life: working with others for a common good,” Giorgos Pittas, supervisor of the Greek Breakfast program, told GTP.

“I believe they will be proud to be part of this business cycle,” he said.

Almost two years ago, the Hellenic Chamber of Hotels announced an ambitious initiative to establish a breakfast menu in all hotels of the country through the exclusive use of local Greek products and each destination’s cuisine.

In a timeframe of five years, the chamber aims for guests at hotels throughout Greece to become acquainted with the local gastronomic wealth and local products via Greek breakfast.

According to Mr. Pittas, such a program needs time and hard work since it’s mainly all about hoteliers changing their attitudes.

“For years there was an attitude that either underestimated breakfast as a meal or served it based on international standards (continental American or English breakfast),” he stressed.

Hotels that take part in the “Greek Breakfast” program will receive a special seal to display on their premises. The seal ensures quality standards and can also be used as a promotional and marketing tool to increase clientele and competitiveness.

According to a study conducted by Agropole, a food and agribusiness-consulting company, the serving of Greek breakfast in hotels in the short term would bring a steady clientele, an increase in bookings by 15 percent, a rise in turnover by 10 percent, while the hotel promotion through mass and electronic media would grow by six percent.

The aim is to exchange views and outline local products and breakfast recipes based on those products.

Once agreements are made, all relevant parties sign a “local quality pact” and local portfolios are drawn up that contain information of the region in question in regards to gastronomy (chefs, bibliography, products, producers). The next step sees a presentation of the region’s breakfast menu and from there and on its adoption by Greek hoteliers. 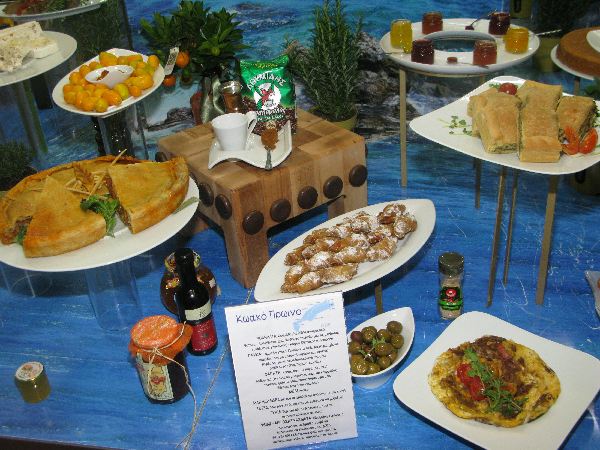 Local pacts have already been signed and regional breakfast proposals have been presented in four areas: Rodos, Kos, Naxos and Chalkidiki, while more are planned to follow.

Mr. Pittas underlined that the breakfast presentations are actually menu proposals and nothing is imposed nor binding. “It is merely the foundation upon which one can build,” he said.

According to the concept of the program, hoteliers basically have to consider purchasing products directly from the source (local producers) and not wholesale, which until now was frequent among hoteliers due to cost reasons.

“This is not easy since it is difficult to change the Greek mindset because we are more keen to use stereotypes… But if we do not break down stereotypes we can not proceed,” Mr. Pittas said.

He believes that if programmatic agreements are implemented, reasonable prices will be agreed upon.

Switching to local producers exclusively may be difficult for hotels that are battling to cut costs, the program’s supervisor admits. “But then again, it is a matter of mentality… Instead of serving the classic (foreign) scrambled eggs, they can serve strapatsada (Greek recipe of eggs scrambled in tomatoes),” he said.

Hotels must submit a folder of their breakfast buffet menus and list of products they use. The chamber then monitors the folder and if non-local products are detected, replacement proposals are made. If local products continue to be absent, then access to the program is denied and the “Greek Breakfast” seal is not submitted.

“We are not so much interested in high level gastronomy for breakfast but we regard the use of local products and local recipes… If a hotelier has one or two chefs that want to be creative with the local cuisine, even better,” he said.

Reaction from GNTO – Tourism Ministry
“The GNTO and the ministry like the idea… Beyond that nothing else has been said,” Mr. Pittas told GTP.

At this point Mr. Pittas clarified that resources of the Hellenic Chamber of Hotels have exclusively funded the initiative.“We did not receive or request subsidies,” he said.

“It has been noticed that when an initiative is subsidized, the entire focus falls on the subsidy and once that is over so are the initiative’s formed partnerships… In this case the only thing hoteliers will receive is confirmation that they are doing their job well and they will receive the Greek Breakfast quality seal,” he said. 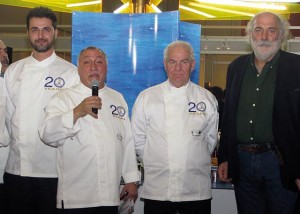 Miltos Karoubas, president of the Hellenic Chef’s Federation (second from left) and Giorgos Pittas (far right), supervisor of the “Greek Breakfast” program, at the 7th HO.RE.CA. show held in Athens last February. Under the “Greek Breakfast” logo, the members of the chef’s federation created Greek breakfast menus, highlighted local products and presented the uniqueness of each Greek region.

Last February, the hotel chamber cooperated with the Hellenic Chef’s Federation and offered a “taste” of Greek breakfast to tourism professionals and the wider public at the 7th International Hotel, Restaurant and Café Show HO.RE.CA..

The cooperation of the chamber and the chef’s federation was deemed a success, but this was not the case when the “Greek Breakfast” program was initially launched.

“We were in rivalry for about a year… As you can see, this is the Greek mentality,” Mr. Pittas said.

“But all this has passed… we matured and ultimately agreed that we had a common goal,” he said. “Greek Breakfast” is expected to be introduced to the international gastronomic scene at the 37th World Association of Chefs Societies (WACS) Congress. The congress will take place in Athens in May 2016 organized by the Hellenic Chef’s Federation.

The idea to promote Greek cuisine as one of the key representative forms of Greek tourism is nothing new to the Greek tourism sector. 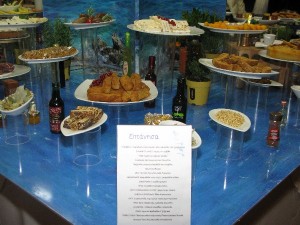 When asked by GTP if the chamber’s “Greek Breakfast” program would be included in some way, Mr. Pittas answered that it was too soon to say. “We welcome all efforts that contribute to the renewal and upgrading of Greek gastronomy,” he said.

As for hoteliers that still insist on serving foreign products to their guests, Mr. Pittas invites them to experiment with Greek local products, stand at their breakfast buffets and see that foreigners are in fact interested in a country’s gastronomy.

“My message to Greek hoteliers is for them to experiment and observe,” Mr. Pittas concluded.

By the end of this year, the Hellenic Chamber of Hotels will announce and honor the first hotels that have joined the “Greek Breakfast” program.