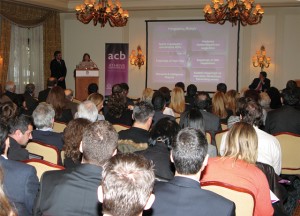 The bureau’s new action plan for 2012-2013 aims to promote Athens in the international conference and corporate meetings market, offer top services to each entrepreneur that would organize an event in the city and promote and support the bureau’s members and their offered services.

The primary objective of the action plan is to keep Athens “on the international map of conference destinations” despite the negative publicity and problems the city has faced in recent months (street riots in February).

The bureau’s operational costs are covered by the City of Athens through the Athens Development and Destination Management Agency. The budget is said to be some 600,000 euros.