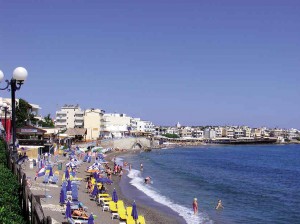 The Laboratory of Research and Tourism Satellite Account of Patras University will carry out a research study for the Municipality of Hersonissos, Crete, on the role of tourism in the production structure and economy of the municipality based on regional tourism satellite accounts.

The issues to be studied include the recording and study of the tourism role in the overall production and availability of products that are sold for the progressively growing tourism consumption, in both domestically produced (Municipality, Crete, Greece), as well as imported products.

The study will identify the tourism role in terms of the municipal economy and more generally on the economy of Crete.

Tourist Economy and Administration Professor Gerasimos Zacharatos will be in charge of the study, the duration of which is 12 months. The budget of the study is 24.600 euros.

Thessaloniki Is Next Stop For Online Tourism Roadshow