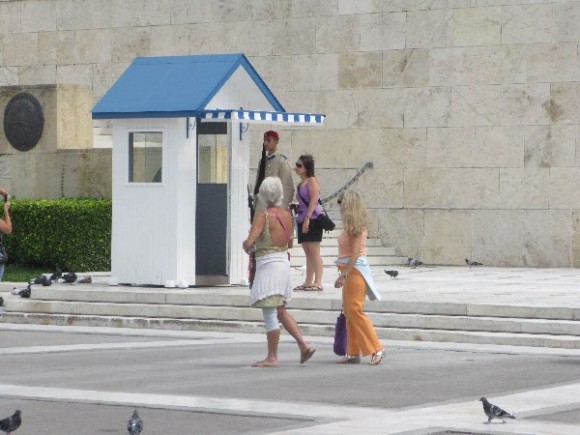 GBR Consulting found that visitors to Athens would in fact return to the Greek capital and recommend the destination to friends.

Athens continued to satisfy its visitors in 2011 despite the serious problems the destination faced in 2010, according to a study by GBR Consulting on customer satisfaction and the performance of hotels in Attica.

According to the study, Athens as a tourism product remains very strong “despite the abuse the city has suffered by society and the indifference shown by the Greek State,” as 90 percent of the visitors questioned said they would return to the Greek capital and recommend the destination to friends (in a sample of some 1,600 guests of hotels of all categories in Athens).

The figure for 2011 has remained at similar levels to the 2010 survey but GBR underlined that the visitors questioned were not present in the Greek capital during the days of the social unrest.

“Of course the threatening signs for the future are obvious to those who are not complacent after the success of the country’s holiday destinations this past summer,” GBR said. (International arrivals and revenue in 2011 were said to have increased by 10 percent.)

The study showed that since June 2011 there has been a significant decline in occupancy and revenue that indicate cancelled bookings due to the repeated street riots and demonstrations in Athens.

Moreover, the study refers to information that suggests the total lack of interest of international markets to hold conferences in the Greek capital in the future.

In conclusion, the study said hoteliers in Athens appeared pessimistic for 2012 as they predicted a two percent drop in both occupancy and the average room rate of their hotels.