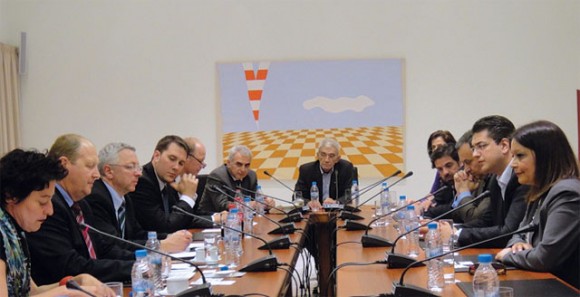 Culture and Tourism Minister Pavlos Geroulanos last month welcomed a proposal for Greece to participate in a Greek-German tourism summit in Berlin, Germany, that would give Greece the opportunity to promote tourism investment possibilities.

The proposal was made during a meeting held in Athens between the minister and a delegation of the Committee on Tourism of the German Bundestag. Mr. Geroulanos had invited the German Bundestag members to Greece during this year’s ITB in March in a move to support the country as a top tourism destination.

He also referred to the European tourism sector’s growth potential problems caused by the Schengen Treaty and requested effective solutions that would contribute to the liberation of the tourism industry across Europe.

According to a press release issued by the ministry, the Committee on Tourism of the German Bundestag will be in close cooperation with the Greek Culture and Tourism Ministry to exchange information and proposals that relate to German tourists.