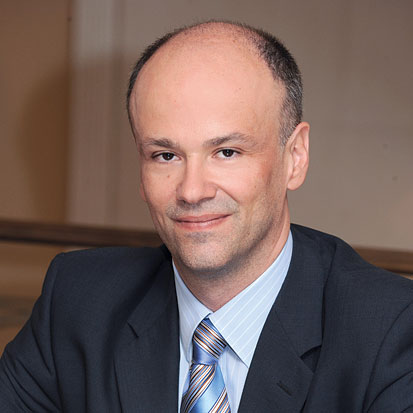 Reports say that unrest in Egypt and Tunisia should put Greece on track for a slightly better tourism season this year. In regards to the subject, Hellenic Federation of Hoteliers’ President Yiannis Retsos said that although the conditions in North Africa may be to Greece’s benefit this year, “we can not rest nor settle for the fact that tourism is moving positively in only a few destinations in Greece.”

“In regards to Easter holiday overnights, early bookings and the latest data from Greek airport arrivals for the first four months of the year, tourism traffic is showing positive signs with an upward trend at least in terms of arrivals,” President of the Hellenic Federation of Hoteliers Yiannis Retsos told GTP.

International arrivals to Greece increased by 5.6 percent during the January-April 2011 period compared to last year and amounted to 1,147,555 tourists, according to data compiled by the Association of Greek Tourism Enterprises (SETE) from 13 of Greece’s major airports. In April alone arrivals increased by 24.04 percent, which amounted to 541,974 tourists.

Despite high prices in fuel and ferry tickets, Greeks did in fact travel this Easter season, according to figures from the Greek traffic police and the Piraeus Port Authority. However, they spent less money than they did in 2010, reports said.

According to Mr. Retsos, initial forecasts for overall growth in arrivals to Greece this year to reach 10 percent remains a realistic scenario -under certain conditions- but unfortunately the positive effects are not spread throughout the country.

“This refers mainly to areas of the country that are classic traditional tourism destinations that are known throughout the foreign markets and cooperate mainly with offices abroad,” the federation’s president said.

On the contrary, in areas of the country where tourism depends highly on Greek road visits and professionals that travel frequently on business, the situation is not as positive.

Mr. Retsos assured that Greeks had reduced travel/overnight stays in hotels and by the end of the year that percentage is expected to drop by 20 percent.

The president of the Hellenic Association of Tourist and Travel Agencies, Yiorgos Telonis, had told the press shortly before the Easter holiday that travel agents were depending on last minute bookings and waiting for Greeks to make their travel plans up until Good Friday.

Mr. Retsos said it was “logical and expected” for the Greeks to limit their holidays to two- and three-day trips.

According to reports and expert opinions, the increase in fuel prices, the government’s austerity measures and the general economic crisis act as disincentives for Greeks who want to travel in their own country.

In regards to last minute bookings, Mr. Retsos said that in recent years they are a powerful factor that determines the outcome and results of tourism each year.

“The modern technology possibilities and many opportunities for direct bookings via the Internet have established last minute bookings as a leading phenomenon and international trend for hotel bookings—for both urban centers and holiday destinations,” the federation’s president said.

“This is the reason why the Athens-Attica Hotel Association began to promote destination Athens-Attica through the largest online international booking company,” he told GTP.

n late April, the Athens-Attica Hotel Association launched a campaign in cooperation with online travel company Expedia.com to strengthen the brand name of the Greek capital.

The campaign aims to promote Athens-Attica and the Argosaronic Gulf islands to travelers from the U.S. (expedia.com), Canada (expedia.ca), Australia (expedia.aus), Sweden and Norway (hotels.com) via newsletters, banners and Facebook links and videos.