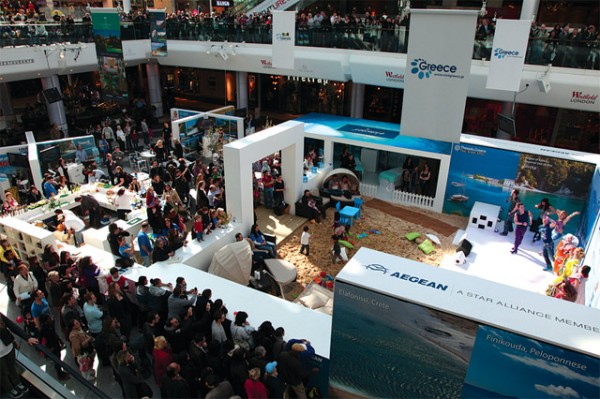 “We are claiming tourism growth from around the world but we continue our efforts to bring the best outcome for our country so that it could be integrated among the top destinations for the preferences of visitors from around the world,” Deputy Culture and Tourism Minister Giorgos Nikitiadis told the UK press.

“Visit Greece@Westfield London” followed the “Greek beach by the Thames” event that took place last June at the River Thames in London.