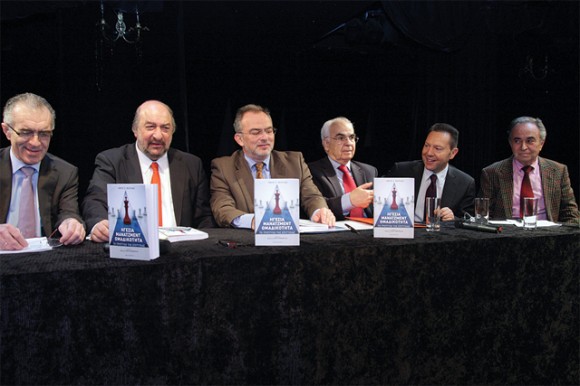 Deputy Culture and Tourism Minister George Nikitiadis, during the Mr. Skoulas’ book presentation, described it as “a very useful for thousands of executives of the public and private sector.”

“It would be very useful for thousands of executives of the public and private sector to study the book written by Nikos Skoulas,” Deputy Culture and Tourism Minister George Nikitiadis said at the recent book presentation of former tourism minister Nikos Skoulas. 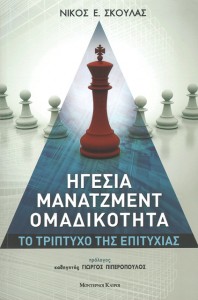 In his book entitled “Leadership, Management, Teamwork-The Triptych of Success,” published by Modern Times, Nikos Skoulas adapts his clarified scientific expertise to the practice of human relations within administration and to the achievement of collective goals in a spirit of cooperation and teamwork.

Nikos Skoulas was born on Anogia, Crete, and has held various government positions in Greece. He has served as tourism minister, general secretary of the Greek National Tourism Organization, president of the national tourism council and deputy finance minister.