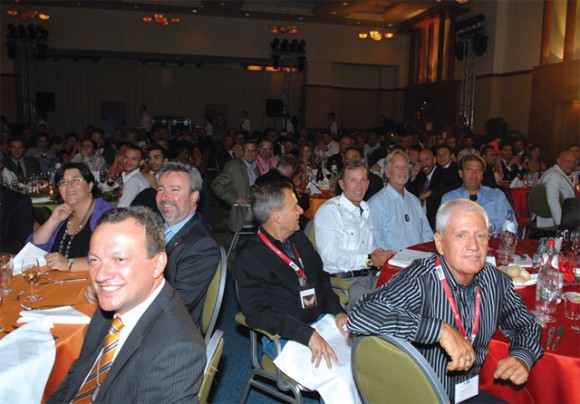 Each year, IGLTA hosts an annual convention in a different spot around the globe and attendees are travel and media professionals representing the GLBT industry worldwide.

“Athens has the potential to become a tourism destination for gay travelers because the city has places for them to go but, for them to stay several days here, advertising promotion by the Culture and Tourism Ministry is required,” the president and managing director of Athens-based Balakakis Incentives and Worldwide Tour Operators, Andreas Balakakis told GTP.

“There is a great interest from gay travelers abroad, from the U.S. and Europe,” he said.

In summer 2009 Mr. Balakakis was named the International Gay and Lesbian Travel Association’s (IGLTA) first-ever national ambassador to Greece. He serves as a contact between the organization and Greek businesses interested in the GLBT market.

As IGLTA ambassador to Greece, his future plans want Greece to become the host country for one of the association’s upcoming conventions, possibly for the year 2014 or 2015.

“To hold the annual IGLTA global convention in Greece the Culture and Tourism Ministry must absolutely be involved,” Mr. Balakakis told GTP.

According to IGLTA, attendees spend some $95 thousand and the convention generates some $750 thousand for the local economy of the host country.

On his part, IGLTA Executive Director John Tanzella said he was proud the organization was engaged in Greece.

“It has such a lively GLBT life and we will help promote it to travelers around the world,” he said.

Mr. Balakakis told GTP that since there is a huge gap in the gay and lesbian community on gay Greek tourism -incoming and outgoing- he has created an exclusive Gay and Lesbian branch: Pink Boy and Blue Girl travel. The websites for the branch (www.pinkboy.gr and www.bluegirl.gr) are to be launched in their complete form this summer.

Diving Festival Kicks Off This Month On Kalymnos