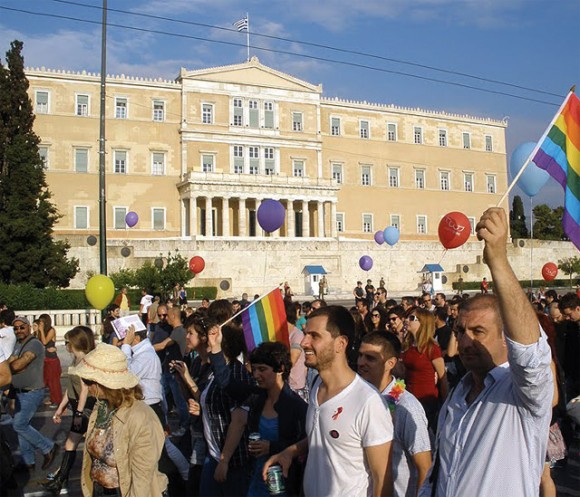 “Athens Rainbow Week” is scheduled to coincide to Athens Pride (archive photo). Also, until we went to press, sources confirmed that for the first time since its organization (2005), this year’s Athens Pride will be held under the auspices of the City of Athens.

“Athens Rainbow Week could be a magnet for gay tourists abroad with the appropriate exposure and promotion of the event, from both international media and travel agencies/tour operators but we can not say that such a promotional targeted effort has been made,” according to the president of the Hellenic Association of Travel and Tourist Agencies (HATTA) Giorgos Telonis.

Athens Rainbow Week, a week dedicated to the Greek capital’s gay community (scheduled for 30 May-5 June), was mentioned recently as one of the 30 dedicated theme-weeks within the framework of the Culture and Tourism Ministry’s “Athens Every Week” promotional program. 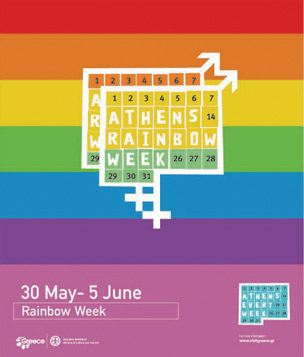 According to Greek press reports, through “Athens Rainbow Week” Culture and Tourism Minister Pavlos Geroulanos will make an effort for a lucrative tourism opening through the gay market, internationally dubbed a “dynamic market.”

In 2011 the gay tourism market is expected to spend some 835 billion euros globally, while the forecast for next year adds up to two trillion euros.

However, not much seems to have been done on the organizational side of the ministry to actually attract this target group.

“In regards to travel agency packages, we can not say that some have been specifically designed and advertised for the week in question,” HATTA’s president told GTP.

Mr. Telonis said the main reason was the lack of early promotion and advertising of the event, both domestically and abroad.

“Nevertheless, this thematic form of tourism has specific information channels, both in Greece and abroad, and we hope to have the desired impact in the future for the benefit of Greek tourism,” he said.

According to Dimitris Tsabrounis, organizer of the gay pride event Athens Pride, the ministry created the Athens Rainbow Week to coincide with the Athens Pride on 4 June. 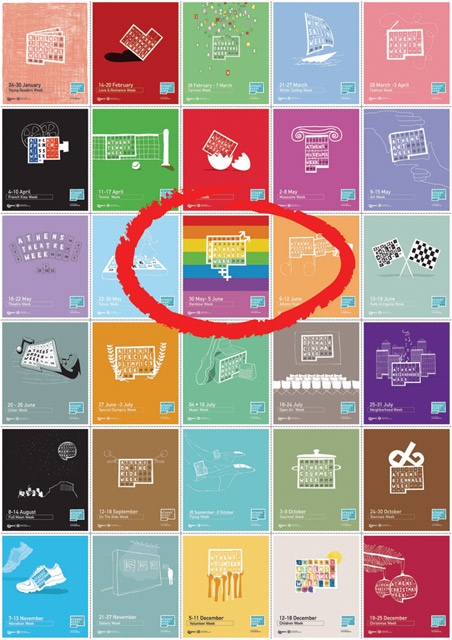 Mr. Tsabrounis mentioned that the percentage of foreign tourists attending the event is extremely small but also reminded, “these guests are personal acquaintances and not a result of an organized promotional attempt.”

“To attract tourists from this specific target group, it’s not only a matter of having the state’s support but what would really help is having a cooperation with the hotel industry, for example to be sponsored by a hotel chain,” he told GTP.

In regards to Athens, Mr. Telonis said that at present the Greek capital is not a destination that attracts organized gay tourism since the demand is limited mainly to destinations that are famous among gay tourists, such as Mykonos and Tilos, etc.

“Overall, we could say that this tourism market does not produce significant figures for Greece, while gay travelers who do choose our country, especially during the summer months, opt mainly for the islands,” he said.

Until we went to press there was no official program announced for the Athens Rainbow Week, but according to sources, the Outview Film Festival is among the events. (Deputy Culture and Tourism Minister George Nikitiadis was not available to comment on the Athens Rainbow Week despite numerous attempts made by GTP to get specifics.)

And while the public sector seems to be making a half-hearted attempt to attract the gay market, the private sector is already ahead. 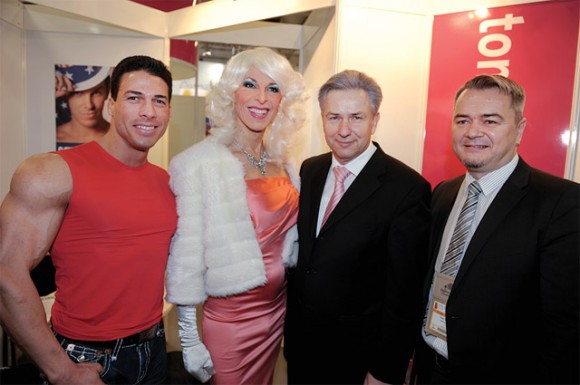 At ITB Berlin 2011 the new segment Gay & Lesbian Travel was presented for the second year, adjacent to the American Pavilion. To underline the importance of the new segment, a workshop on “Gay & Lesbian Tourism” was part of the ITB Berlin Convention 2011. Pictured: Artists Antonio and Mataina; Klaus Wowereit, the Governing Mayor of Berlin; and Thomas Bomkes, IGLTA member.

“There are Greek travel agencies and tourism enterprises in general that deal with gay tourism and some are even members of the International Gay and Lesbian Travel Association (IGLTA),” HATTA’s president told GTP.

These enterprises emphasize that they welcome “all clientele” as their services include offers for gay/lesbian tourists.

International press reports have mentioned that travel operators, while trying to shrug off hard times, are waking up to the potential of gay tourism.

“The tourism industry is opening its eyes and realizing that this is a new and emerging market that they need to tap into,” Clark Massad, the European representative of IGLTA, told the press recently.

HATTA Board of Directors