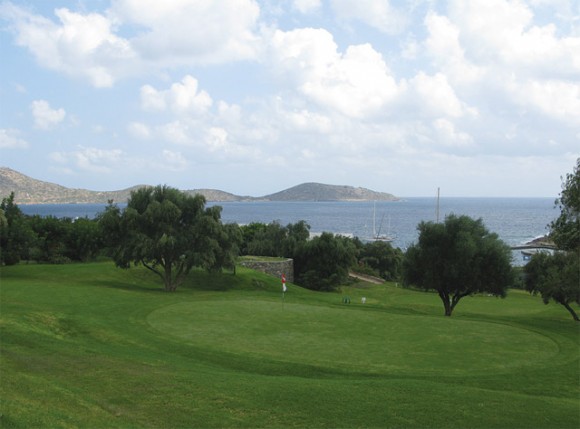 The Porto Elounda golf course on Crete. According to the WSJ article, entitled “Golf in Greece: A Byzantine Ordeal,” Greece has only six full-size golf courses, compared with nearby Spain, which has more than 300.

“What the article reports is not groundless and most of what is mentioned is true but it concerns a Greece that is changing,” Deputy Culture and Tourism Minister George Nikitiadis told the Greek press in response to a Wall Street Journal (WSJ) article that focused on the labyrinth of bureaucratic obstacles that tourism investments, specifically golf courses and resorts, are up against in Greece.

“The hurdles to building a golf course in Greece speak to the country’s broader economic problems and, in particular, how Athens hasn’t been able to capitalize on the country’s rich natural environment to earn some badly-needed money,” WSJ’s journalist, Sebastian Moffett, wrote.

Mr. Nikitiadis said initiatives have already been undertaken by the ministry for the development of golf courses and the promotion of other investments.