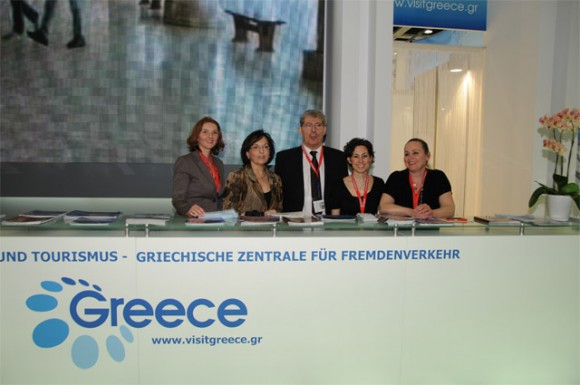 Greece’s economic problems will not have an impact on German visits to the country this year, said Klaus Laepple, president of German Travel Association Deutschen ReiseVerbands (DRV), during the opening press conference of the 44th ITB Berlin travel trade show held last month.

However, Mr. Laepple added that those who plan to travel to Greece should expect “some increases in prices here and there” due to the Greek government’s austerity measures taken as a response to the country’s financial deficit.

According to Greek press, a representative of German travel agency TUI mentioned that Greece, as a tourism destination, comes in fourth in German preferences this year preceded by Spain, Germany (domestic tourism) and Turkey.

Foreign tour operators agreed that prices have increased but noted that those who would “feel it the most” are German tourists that intend to travel to Greece independently and not through an organized package tour.

This year’s ITB was held 9-14 March and welcomed 11,127 exhibiting companies (2009: 11,098) from 187 countries that presented their products and services despite the time of reduced marketing budgets.

“We are proud to announce that the number of exhibitors has increased again… With new sections and new exhibitors, ITB Berlin confirms its role as a trendsetter and opinion leader,” said Dr. Christian Goke, chief operating officer of Messe Berlin.

On the Greek side, 64 booths comprised the Greek National Tourism Organization’s stand. 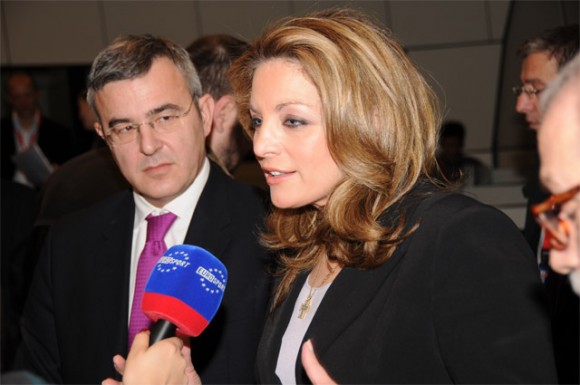 “Personally I have dealt with it as a joke, a bad joke, but a joke nevertheless,” Deputy Culture and Tourism Minister Angela Gerekou said in reference to Focus magazine’s front cover.

During the stand’s inauguration, Deputy Culture and Tourism Minister Angela Gerekou said that Greece, despite the crisis, once again would be “a powerful protagonist” in the highly competitive field of tourism.

The deputy minister stressed that Greece does not see tourism simply as a commercial activity, but as something much more. “Greeks do not only provide a service to tourists but they host visitors and this concept of hospitality has always been sacred to the Greeks,” she said.

In regards to the foreign media’s negative (and in some cases insulting) published articles on the financial crisis and its impact on Greece’s image, Mrs. Gerekou stressed that a very one-sided and unfair view of Greece has been promoted. “A view that is far from reality,” she said.

Greece’s “tarnished image” was also focused upon at the press conference given by the deputy minister to Greek and foreign media within the framework of her visit to ITB Berlin.

The deputy minister pointed out that tourism in Greece is an activity that has not been affected by the country’s financial problems but instead has been pressured to become even better and more attractive, precisely because of the problem.

“Prices are set to the lowest possible levels and the quality of tourism services remain the highest,” she said.

When questioned if the increases in fuel prices and VAT would have an impact on the daily lives of tourists, the deputy minister predicted that prices would remain stable as the hikes have already been absorbed by Greek tour operators.

Specific mention was also made to the New Acropolis Museum and Greece’s upcoming celebration of the 2500-year anniversary of the 28th Athens Classic Marathon to be held on 31 October.

Greece Does Not Laugh At Germany’s Jokes 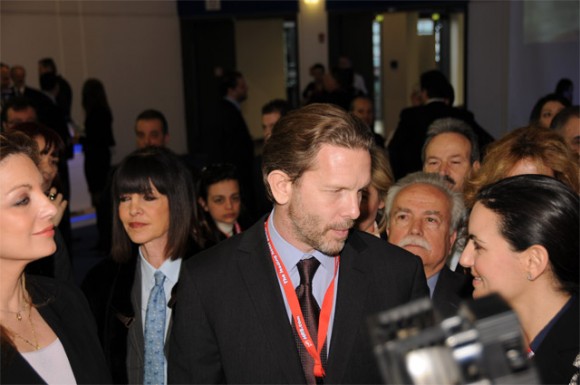 During his visit to ITB Berlin, Culture and Tourism Minister Pavlos Geroulanos brushed off “humorous” suggestions made by German parliament members that Greece should auction the Acropolis, or sell some of its uninhabited islands to raise capital to finance its debt.

Mr. Geroulanos added that such comments do not “build trust among the people.”

However, he added that the current spat between Berlin and Athens would have no influence on the treatment of German tourists in Greece.

“They will find nothing less than Greek hospitality,” Mr. Geroulanos said. 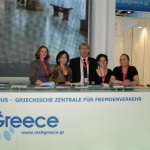 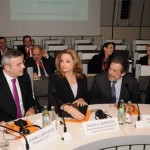 Deputy Culture and Tourism Minister Angela Gerekou during a press conference at the ITB Berlin 2010. 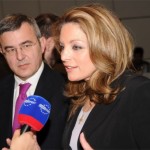 "Personally I have dealt with it as a joke, a bad joke, but a joke nevertheless,” Deputy Culture and Tourism Minister Angela Gerekou said in reference to Focus magazine's front cover. 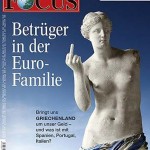 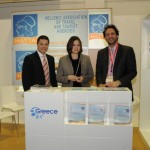 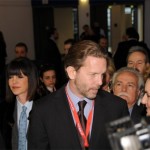