Marathon for a United Europe 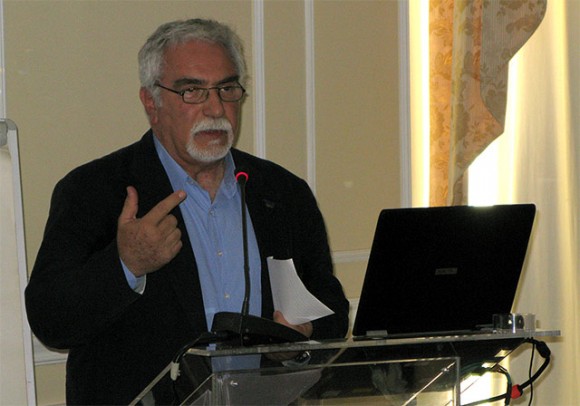 Tourism development adviser to the Marathon municipality, Nicos Lavrentides, speaks at a tourism conference on the subject of Greece’s role as a host city to international sport events in combination with attracting tourists. Mr. Lavrentides made reference to the municipality’s initiative “Marathon for a united Europe.”

September will see the inauguration of a new athletic institution at the initiative of the Marathon municipality: a marathon run, the same as the route featured in the first modern Olympics in 1896 (from the Panathinaiko Stadium in Athens to the Marathon Stadium).

The first ‘Marathon for a united Europe’ will be held on 14 September and participants are young athletes 18 to 25 years from 27 European Union countries.

According to the organizers, the purpose of the Marathon run is to encourage young people to interact peacefully within a multicultural environment and become active members of a sporting community that operates on the principle of fair play.

Each year the ‘Marathon for a united Europe’ will be organized in a different country in an attempt to symbolize the European effort for unification and brotherhood.

In addition to the marathon run, cultural events will be held from 12-14 September. As well, kiosks with delicacies from each participating country will be available.