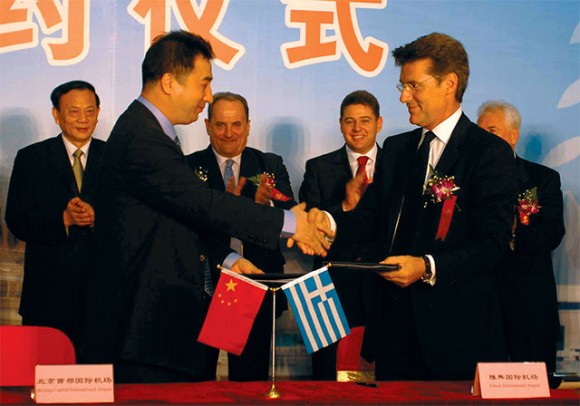 By their brotherhood pledge, the two airports establish liaisons of friendship and partnership that aim to: enhance service quality for the Olympic Games on the basis of the cooperation with Athens International Airport; improve air connections between Beijing and Athens; exchange management expertise on the levels of airport management and technology; and cooperate in developmental projects around the world.

Marathon for a United Europe