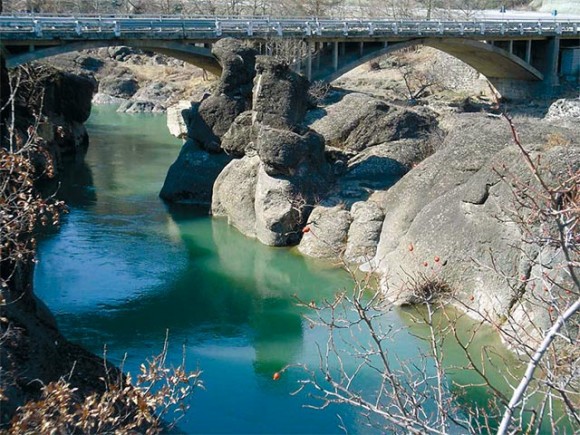 The tourism development ministry announced the prefectural administration of Grevena is the tourism destination that was chosen to represent Greece in the European Commission’s pilot project “European Destinations of Excellence” (EDEN) with the theme “tourism and local intangible heritage.”

The prefectural administration of Grevena was chosen amongst nine prefectures, municipalities and peripheries that participated in this year’s competition and was distinguished for its traditional “Anakatosaria” festivities during the mardi gras period.

Grevena Prefect Dimosthenis Kouptsidis expressed his satisfaction with the prefecture’s achievement that is the outcome of two years of persistent and consistent tourism promotion. He stressed that Grevena’s natural beauty, culture and heritage make it ideal for the development of rural tourism and a new tourism product for the region.

The prefectural administration of Grevena will be awarded at the European Tourism Forum in Bordeaux in September. This is the second year that the European Commission has launched this program and last year the prefectural administration of Florina was awarded at the Annual Tourism Forum in Algarve (October 2007) as the best  agro tourism destination.