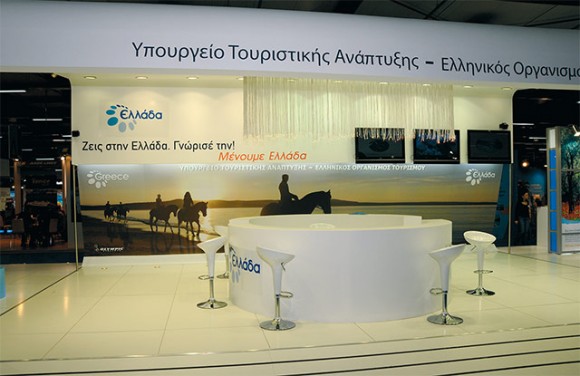 The most important trend revealed by the survey showed the vast majority of Greek travelers believe recreational escapes and vacations to be a necessity of contemporary lifestyle and some 65 percent of Greeks realized more than two trips that required an overnight stay in tourism accommodation in 2007.

Other facts revealed by the research include the majority of Greek travelers would search for accommodation that cost up to 80 euros daily during their vacation, and prefer Greek destinations to international ones. The majority of Greek travelers claimed they would spend the same amount of money this year as last year and would take the same number of vacation days. Most Greeks surveyed consider Greek tourism to be significant for the development of the national economy and believe related ministries and bodies do not support tourism development ministry efforts. 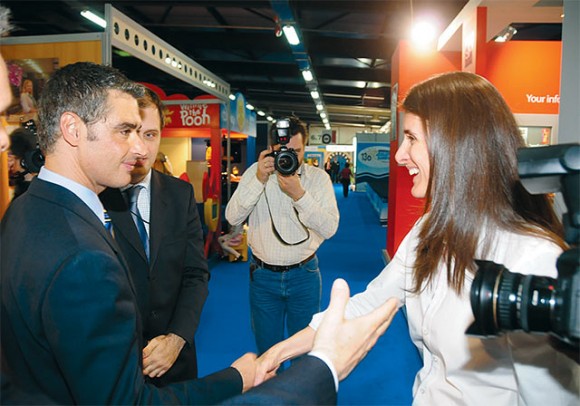 When given a choice of three answers for what improvements must be made for Greece’s tourism development, those surveyed replied increased consumer protection, an upgrade in Greece’s natural heritage services and the treatment of tourists at 45.3 percent, 44.9 percent and 41.7 percent respectively. The survey also asked how satisfied Greek travelers were with Tourism Development Minister Aris Spiliotopoulos and 58 percent declared very satisfied, 15.2 percent a little satisfied and 14.1 percent not satisfied at all. The sample of the survey was 1,924 people from all over Greece.

The 13th Touristiko Panorama was also an occasion to honor members of the tourism sector that have greatly contributed to the development of the Greek tourism sector. 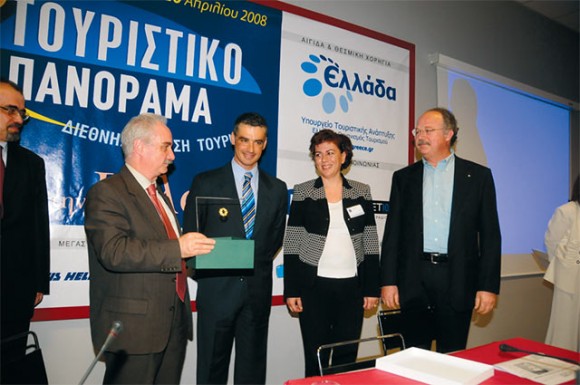 President of the Hellenic Association of Travel and Tourist Agencies (HATTA), Yiannis Evangelou with Tourism Development Minister Aris Spiliotopoulos, HATTA Vice President Argyro Fili and HATTA Director at Large Vassilis Kondos. The association was honored at the exhibition for its eighty-year contribution to the Greek tourism sector.

Mr. Spiliotopoulos presented president of the Hellenic Association of Travel and Tourist Agencies (HATTA), Yiannis Evangelou, with an honorary award to mark the association’s eighty-year contribution to Greek tourism. Tourism Secretary General Spyros Efstathopoulos presented an honorary distinction to Magnessia Prefect Apostolos Papatolia for being the region of honor in the exhibition.

As well, television travel program “We Live in Greece,” received a distinction for the enhancement of domestic tourism and Nilfisk Advance (manufacturer of professional cleaning equipment) and Miele Hellas (catering equipment & products) both received distinctions for their presence in and support of the Kalofolias Group’s “Tourism and Economy” magazine since 1973.

Several significant events also took place within the framework of Touristiko Panorama 2008. HATTA held a seminar on “Organized travel and consumer protection” that outlined the need for institutional reforms in the operation of travel agencies and the responsibilities of the travel agent to the consumer. Mr. Evangelou underlined the significance that the European Union places on consumer-safe travel and presented travel agents with European directives with regard to the aforementioned. The Prefectural Administration of Cyclades also held an event to celebrate Greek National Tourism Organization posters throughout the years by distinguished artists such as Michalis Katzourakis, Freddy Karabot and Agni Katzouraki. 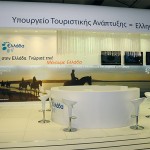 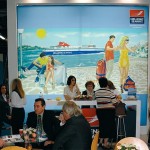 Hellenic Seaways Chief Commercial Officer Vassilis Karsaris (center of table) talks to visitors. The painting created by artist Stavros Pehlivanides especially for Hellenic Seaways is the backdrop to the stand. 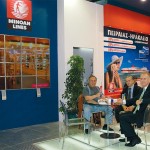 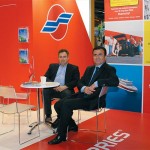 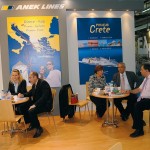 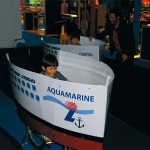 Louis Hellenic Cruises provided much entertainment to children with the two model ‘boats’ from its fleet, the “Aquamarine” and “Cristal,” on which young contestants raced for prizes. 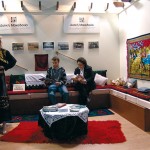 Regional Counselor for Western Macedonia Xanthi Savopoulou (right) at the region’s stand presenting information material to an exhibition visitor. The region had an active and dynamic presence during the exhibition. 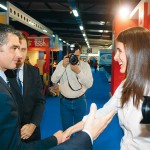 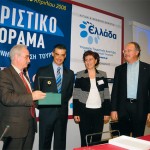 President of the Hellenic Association of Travel and Tourist Agencies (HATTA), Yiannis Evangelou with Tourism Development Minister Aris Spiliotopoulos, HATTA Vice President Argyro Fili and HATTA Director at Large Vassilis Kondos. The association was honored at the exhibition for its eighty-year contribution to the Greek tourism sector. 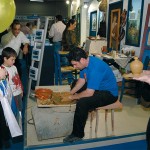 Making traditional pottery was one of the activities at the Cyclades prefecture section. 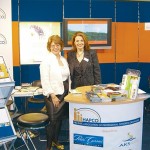 Lydia Mastronikolis, director of the Hellenic Association of Professional Congress Organziers (HAPCO), with Elena Margaropoulou, manager of exhibitions and incentives for Kalofolia EXPRESS Group, at the HAPCO stand. This is the fourth-year-running that HAPCO takes part in Touristiko Panorama. According to HAPCO Marketing & Communication Executive Yiannis Kyparissopoulos, "HAPCO's participation aims to underline the significance of conference tourism in the development of a sustainable Greek tourism product." The HAPCO stand was also the ambassador for AKS Hotels Conference Center, Park Hotel Athens, Porto Carras Grand Resort & Conference Center and Rodos Palace Resort Hotel & Conference Center, amongst others.

Dynamic Promotion of Greece in Russia