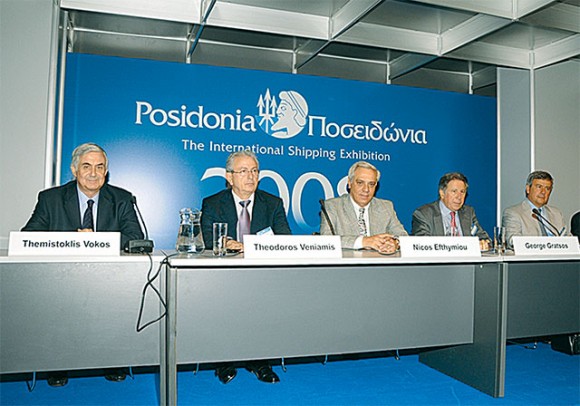 Green business took center stage at Posidonia 2008 (June 2-6) as World Environment Day is high on the corporate social responsibility agenda and the global maritime community intensifies its efforts to further reduce its impact on sea and air pollution. Posidonia 2008 exceeded organizers expectations with more than 17,000 visitors, a record since the international shipping exhibitions’ beginning some decades ago and with a plethora of green initiatives to mark its environmental direction.

During the exhibition, the Union of Greek Shipowners -who represent 17 per cent of the global marine sector- stressed their intention to follow the directives of the International Maritime Organization (IMO) environmental regulations and emphasized their decision to work hard so that any new policy would be fully embraced by the global maritime community. It asserted, “The IMO should be the sole body authorized to dictate environmental policies for the shipping industry, which would be adhered to by Greek shipowners.”

President of the Union of Greek Shipowners Nicos Efthymiou said: “Greek shipowners would wholeheartedly support any IMO initiative designed to curb the industry’s CO2 footprint.” He added, “The carbon footprint of shipping is by far smaller than any other sector in the transportation industry, yet we are determined to contribute anything we can in order to identify solutions capable to further help the environment for future generations and we believe that only the IMO can introduce solutions that would be applicable immediately and won’t interfere with international trade norms.”

Mr. Efthymiou also announced that the Union is about to launch an educational campaign aimed at attracting young Greeks to seek employment opportunities in shipping. “There are not enough Greek officers in the rapidly expanding Greek-owned fleet and this campaign is designed to highlight the benefits of our industry and way of life as a means to make it more appealing to the new generation.” He added, “Without Greek officers, we would lose our know-how, expertise and eventually our traditional love of the sea.”

Themistocles Vokos, chairman of Posidonia Exhibitions SA (the event organizers), also asserted the exhibition’s environmental theme and said: “While shipping’s carbon footprint is a just four percent of total emissions despite being accountable for a massive 90 percent of the transportation of goods and raw materials worldwide, the industry continues to introduce innovative technologies and reinvent business practices in an effort to help protect the environment.” He added, “We are extremely honored to see the large number of Posidonia 2008 exhibitors showcasing their systems and technology designed to protect the environment.” 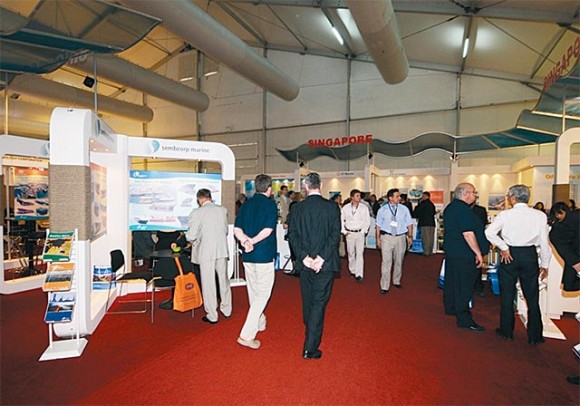 Posidonia also saw the launch of a new environmental charity for shipping, “Greenwave”, formed by Greek Ship Manager Costas Apodiacos. The organization commenced its research and development activities eighteen months ago and claims its extensive wind tunnel tests in New Zealand and tank tests at the UK’s Solent University have demonstrated significant savings through the improvement of above-deck aerodynamics. By the end of the year Greenwave anticipates the launch of its first solutions designed to reduce fossil fuel consumption and emissions by 15 percent. Green Award Certification also took place during the exhibition and was given to Aegean Bulk for its Afovos dry bulk carrier. It is the first time a vessel of this type wins the accolade in the scheme’s 14-year history.

According to Posidonia organizers, “People in Greek shipping are becoming increasingly aware of environmental issues and are uniting with the international maritime community to address the environmental challenges facing our planet.” Constantinos Triantafillou, Hellenic Marine Environment Protection Association (HELMEPA) information manager, said: “This year, HELMEPA’s campaign motto is ‘Let’s change habits…not the climate’ because improving our environmental conduct is essential to future generations.”

Also, an agreement to resume the ferry link between Limassol and Piraeus was discussed during the exhibition by Greek authorities and Cyprus Port Authority President Chrisis Prentzas. A ferry link between the two Mediterranean ports was cancelled four years ago due to rising costs and low passenger demand but the two parties are considering a solution that would see the eventual operator receiving subsidies to help it maintain the route. It has been suggested that a Greek ferry operator has already expressed interest to deploy its fleet in the 900 nautical miles route. Greece and Cyprus may also sign a memorandum of co-operation for port development, in a further effort to increase cooperation on the shipping front between the two major maritime nations.

Mr. Vokos summarized that this year’s exhibition contributed some 55 million euro to the local economies of Athens and Piraeus with the hospitality, catering and tourism sectors being the main beneficiaries.

He added, “We have already started receiving booking requests for the next event but the Greek authorities must work out a solution or a plan to develop an appropriate exhibition center for the massive event, the biggest and most international of its kind worldwide.” He concluded, “We want to return to Piraeus but the city needs the necessary infrastructure in order to host such a premier exhibition and hope that by the end of this year we will know where the 22nd Posidonia would be held.”