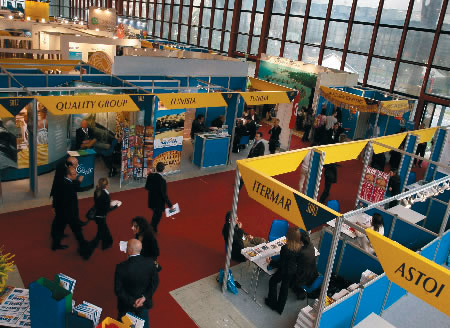 Greece was the country of honor at the “Borsa Mediterranea Del Turismo” tourism exhibition that took place on 4-6 April at Naples. The aim of the exhibition was to strengthen cooperation and ties between members of the travel industry in Mediterranean countries. As the country of honor, Greece held a press conference within the framework of the exhibition where participants of the Greek National Tourism Organization (GNTO) stand presented their respective regions.