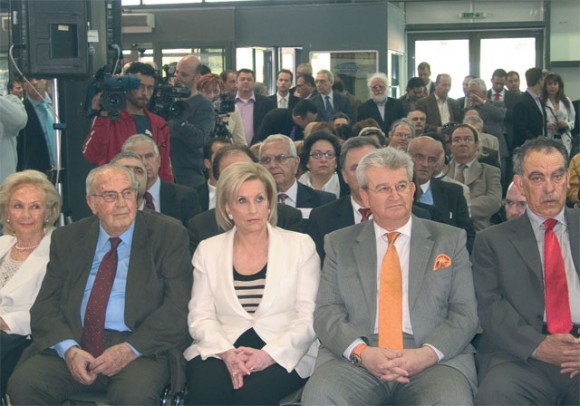 Although some travel professionals were a bit leery about attending last month’s Tourist Panorama travel and tourism fair, the end result eliminated any fears they may have had. The 350-plus exhibitor stands were well spaced and with plenty of breathing room, and most all had constructed an attractive presentation.

As well, most that GTP talked with said that although there seemed to have been less visitors to company stands this year, plenty of business was taken care of and agreements were made and signed.

This year’s Panorama, the 12th, also marked the golden anniversary of the Kalofolias Group, the organizer of the fair. The group, with its Express financial newspaper and Tourism and Economy magazine (for the past 33 years), has been informing the tourism sector since 1958.

Tourism Development Minister Fanni Palli-Petralia officially opened Tourist Panorama on April 19. She told guests that Greece’s tourism industry, through quality services and products, would capture the future. She also said that according to all available data “this will be yet another record year in tourism arrivals to Greece.”

Along with the fair, one of the parallel events of interest included a presentation on Internet and it consequences on the future of tourism in Greece. Globally, the Internet will be responsible for $80 billion in tourism and travel sales, according to Philip Nielson, managing director of Creative Marketing. In 2005, sales revenue from the sector reached a mere $38 billion, he said. “And for 2008, it’s predicted that 40% of all tourism market sales will have been carried out through the Internet. 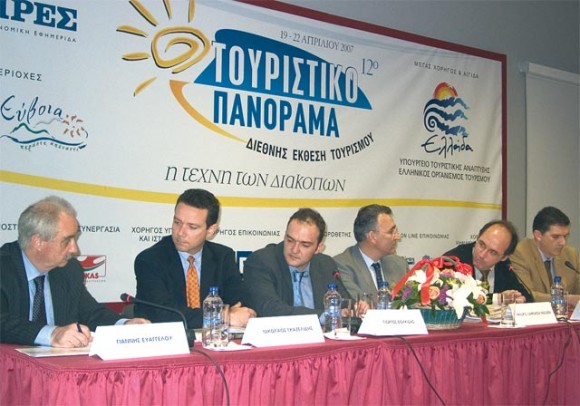 One of the side events at this year’s fair included a couple of studies on the use of the Internet in Greece by tourism professionals. A creative discussion after the presentation proved as interesting and important.

For Greece, according to data available from Expedia, electronic bookings made from November of 2005 to November of 2006 increased by 100%. However, the next speaker, Thomas Giotitsas of Athens Economic University, insisted that: “the use and installation of the Internet within Greek travel offices is mediocre toward good.” He said his university completed a study of 50 of the country’s biggest agencies and found that these companies agree that Internet use does promote their offices and that they are satisfied with their company’s Internet sales strategy. But, said Mr. Giotitsas, one the authors of the study, “only a few agents said they want to develop electronic systems for exchanges with customers and/or consumers.”

During a panel discussion, Georgos Drakopoulos, general manager of the Association of Greek Tourism Enterprises, said that Greece is missing general marketing logic concerning its tourism product. He added that we must research the needs of Greek tourism enterprises, and especially smaller companies.

Nikos Gazelides, managing director of Instone Hellas, mentioned that according to his available data, the percentage of electronic sales within travel agencies is no more than 4% of total sales.

Yiannis Evangelou, president of Hellenic Association of Travel & Tourism Agents, said that there have been substantial improvements within travel agencies. 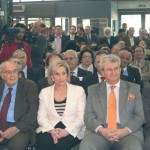 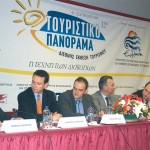 One of the side events at this year's fair included a couple of studies on the use of the Internet in Greece by tourism professionals. A creative discussion after the presentation proved as interesting and important.

Monarch Classic Cruises was on hand with its first stand at Panorama - the company was founded in Piraeus last summer to sail the Aegean with two cruise vessels. It was represented by Sonia Areco of Portugal, who is a hostess on the Ocean Countess, and by Nikos Symiakakis, Monarch’s sales representative. 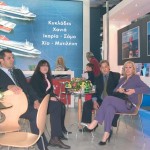 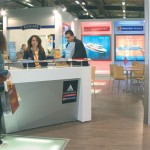 Blue Star Ferries shared this year's stand with its "partner" Superfast Ferries. Blue Star won, for the second year in a row, the coveted "Best Maritime Company for Travel in Greece" by readers of the Voyager magazine. Readers awarded Blue Star on its feeling of safety, its cleanliness, and its service. 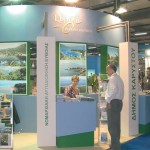 Evia, one of the two honored areas at this year's Panorama, not only had a strong showing at the fair with an up-market and modern stand, but also held a well-organized workshop between the area's hoteliers (the province boasts 204 hotels within 34 areas) and Greece's travel agents. 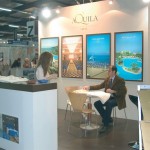 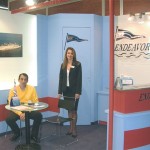 Endeavor Lines' sales and marketing specialist, Tatiana Kontoperaki, with the company's chief executive officer, Dimitris Tzanetatos. Athens-based Endeavor is fairly new to the ferry line sector, but not to the shipping sector, and has placed two vessels on the Greece-Italy route. 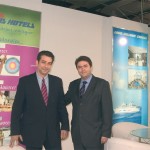 The Louis stand was shared by its companies Louis Hotels and Louis Hellenic Cruise Lines with the hotel company represented by Pavlos Gyparis, sales and marketing manager Greek sector Louis Hotels; and the cruise company by its sales manager for the Greek market, George Paliouras. 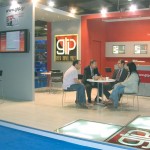 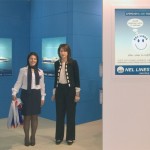 Theodora Riga (right), marketing and public relations manager for Nel Lines, with one of the line's on-board hostesses. The ferry line recently sold two of its vessels for a fancy profit and said it would use the monies to invest either in new vessels or in a strategic partnership within the sector. 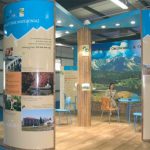 Deputy Economy Minister Christos Folias was on hand during Pindos celebrations - one of Panorama's honored areas - to announce that the development program for the area will now reach up to 100 million euros. The program is open to every prefecture that touches upon the 650-meter area of Pindos.