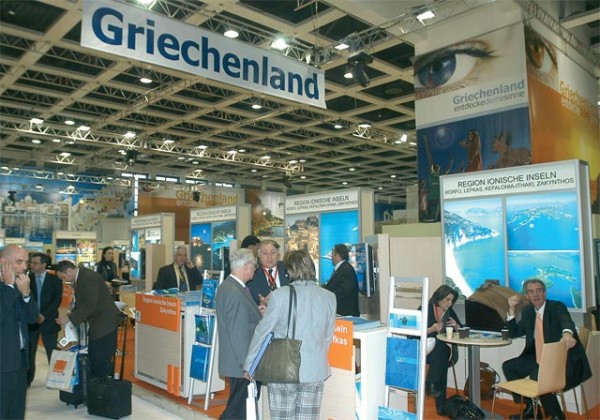 German bookings data for holidays in Greece so far this year give a mixed picture, officials said at last month’s ITB international travel show in Berlin, one of the world’s largest.

On the one hand, TUI, the world’s biggest tour operator, shows an increase of 10 percent in bookings for Greek destinations, and though FTI also reports a rise from last year, Thomas Cook and other smaller operators are showing a decline. The explanation given for the drop is that Greek hoteliers have put their prices up.

Hoteliers, however, argued that it is a normal tactic at this time of year for certain tour operators to cultivate a negative climate, with a view to exercising pressure to obtain discounts for the following season, 2008.

This practice, they continued, benefits the foreign tour operators, as, when the final demand picture has taken shape by June, hoteliers have succumbed to pressure by the tour operators.

Meanwhile, Tourism Minister Fanni Palli-Petralia, who opened the Greek pavilion this year, was more upbeat. She said that Greece is at the start of a “third wave of tourism development,” similar to that in the 1960s and 1980s, which enjoyed high growth rates.

“Such growth will bring Greece into the top destinations in the global tourism chart at the end of the next decade,” she said.

The minister also referred to public and private investment that constantly upgrade Greek tourism and estimated that this year private investment will exceed that of 2006. She added that in the last decade a series of projects for installations of special tourism infrastructure has been approved (conference centers, golf courses, spa centers and a ski center).

The minister also reminded that spending on international ad campaigns has increased tenfold in the last four years, with more than €40 million  invested since 2003 to promote the image of a modern Greece abroad.

In Germany, the targeted campaign, including public relations activities and participation in exhibitions, will this year exceed 5 million euros, Mrs Palli-Petralia said, with the tourism current expected to rise, although it is too early to make an estimate.

ITB Berlin welcomed almost 11,000 companies from 184 countries and territories, presenting their tourism attractions on a 160,000 square meters exhibition area. The range of stand holders and exhibitors was wide and included service providers such as hotels and airlines, as well as national and regional tourist boards and tour operators.

According ITB announcements, the most popular destinations for 2007 from the German market seem to be Spain, Dubai and Asia in general. There is also strong demand for Turkey, which in some areas is higher by more than 50 percent in some areas, but account must be taken of the fact that last year’s tourist season went into a slump in the neighboring country.

The Association of German Travel Agents plans to hold its annual congress in the Turkish resort of Belek this year.

Egypt and Portugal also seem to be in demand, in contrast to Balkan destinations. Among countries further east, India and Southeast Asia seem to be attracting the strongest interest.

According to a German tourism survey, 71 percent of Germans are planning this year at least one trip involving more than five overnight stays, against 68 percent in 2006.