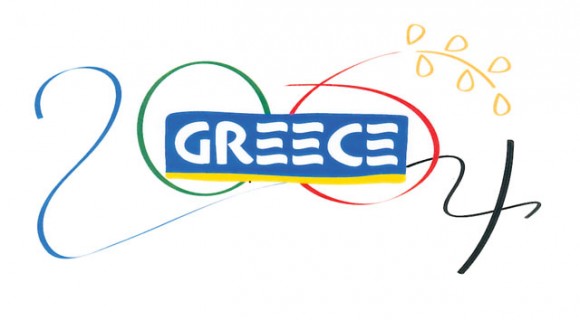 Within the background of “Greece” is 2004 in a design that shows the flowing of ribbons used by the Olympic gold medal winning Greek rhythmic team.

After 144 proposals from 53 participants in the recent call for a new logo from the Hellenic Tourism Organization, executives of the organization selected 28 proposals and of these six were selected for awards. The winning logo depicts the colors of the Greek flag, the blue and white of the Greek seas and skies. Within the background of “Greece” is 2004 in a design that shows the flowing of ribbons used by the Olympic gold medal winning Greek rhythmic team. The organization also released its national program for tourism promotion in 2004, which it says has a budget of 30 million euros. (This year, the organization says it spent 7.3 million euros on its promotion campaign.) The program will concentrate on theme tourism advertising, such as city breaks, gastronomy, athletics and religion, as well as a close cooperation with the country’s prefectures in order to promote well-known and new destinations.

A call for tenders to handle the program has been called and results are expected as we go to press. The campaign is scheduled to get underway during the first days of November. All funds are to go toward advertising alone and not public relation or other kind of promotional activities.

If the aforementioned activities are included, which would take in all the promotional activities of offices at home and abroad, says the organization, then the budget would be equal to five times 30 million.

Olympic Saga to Finish This Fall