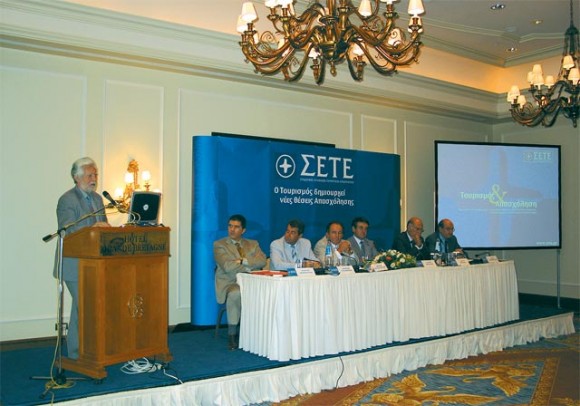 By 2010 the Greek tourism sector could create some 150,000 new jobs and thus cover 35% of today’s unemployed, according to a study released last month by the Association of Greek Tourism Enterprises (SETE).

The study found that over the past two decades the increase in employment within the tourism economy was 87%. That was against a 9.2% increase in overall employment and a 15% drop in manufacturing.

According to the study, every 100 hotel beds create 16 jobs and every 100 beds in other lodgments create six jobs.

Authors of the study propose that in order to get the most from the sector government must work to extend Greece’s short 4-month tourism season through special forms of tourism and proper promotion of Greece as a tourism destination.

The general tourism policy, says the study, must center on the competitiveness of the sector. This should include a more flexible workforce through governmental recognition of part time and short-term employment. Other parts of the policy should include measures that would cut non-labor costs, increase productivity and increase the availability of a well-trained tourism workforce.

After the presentation of the study, Christos Polyzogopoulos, president of the Greek workers federation, agreed that tourism has evolved into the primary economic activity of our country and one with great possibilities for the future. He suggested that his organization and SETE work together on common tourism matters, such as tourism education and training, tourism classifications and the expansion of the tourism period through the creation of an Observatory of Employment in Tourism.

Deputy Development Minister Dimitris Georgakopoulos emphasized that an answer must be found regarding seasonal employment. Association of Greek Tourism Enterprises Vice President Nikos Angelopoulos said that this year employees in tourism will make less money and many will not have worked enough to collect unemployment this winter.