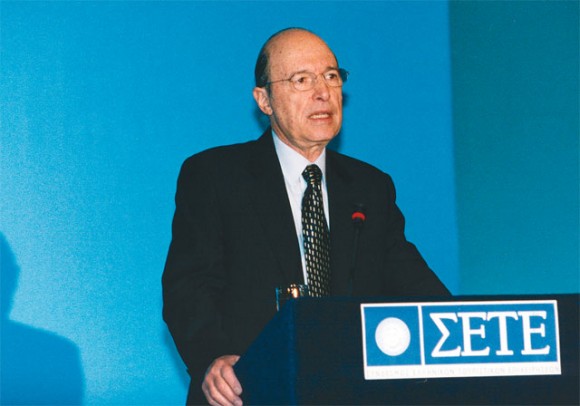 Prime Minister Costas Simitis showed that government realizes the importance of tourism to the country’s economy by attending and opening the Association of Greek Tourism Enterprises’s annual meeting.

Prime Minister Costas Simitis told the 11th annual meeting of the Association of Greek Tourism Enterprises (SETE) last month that he realized the strong euro, the universal economic slowdown and the Iraq war have adversely affected Greek tourism. He also said that he favored SETE becoming the government’s social partner and industry link, along with unions and employers, in thrashing out tourism policies.

Mr. Simitis went on to say he was in favor of public and private sector cooperation in creating a marketing company to promote Greece as a tourism destination.

As well, he said that he was in favor of a Ministerial Tourism Committee to discuss, on a regular basis, ways to coordinate activities that concern the tourism sector.

Stavros Andreadis, president of SETE, followed Mr. Simitis. He said Greek tourism contributed to some 18% of the country’s gross national product and employed about 700,000 people. According to the World Tourism Organization, he said, Greece is 10th in the world when it comes to tourism foreign exchange earned and 15th in the world concerning arrivals. “But we are on the bottom of the list when it comes to foreign investment in the tourism sector.” 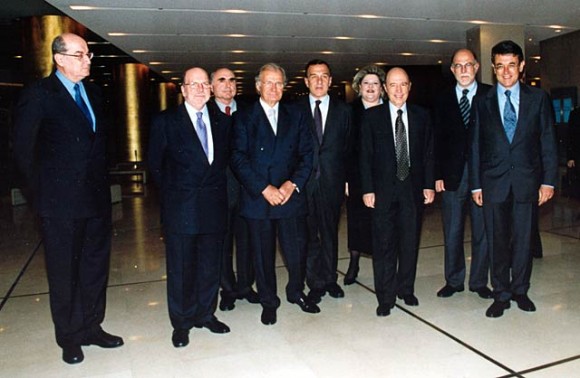 Prime Minister Costas Simitis (third from right) with the board of directors of the Association of Greek Tourism Enterprises.

To entice foreign investment in the sector, he said, we must have a competitive and steady investment and tax framework, along with simple procedures.

Mr. Andreadis went on to other needed measures for the sector, such as the development of airline networks, special infrastructure works, and a single tourism research center to concentrate on macro-economic themes for Greek tourism. He added that the creation of tourism post-graduate studies could not only assist in research studies but also could entice an influx of students here from the Balkans, the Black Sea countries and the Middle East.

And concerning tourism promotion of Greece abroad, he said we spend less than 1% of tourism revenue on promotion.

He lauded the government’s decision whereby profits from Hellenic Tourism Properties’ casino income go to promotion, but added that this wasn’t enough. He suggested that all profits from the company go toward tourism promotional activities.